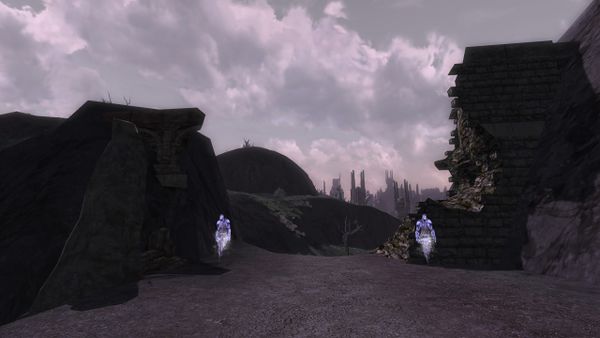 Furthest to the west of the barren fields of Fornost, and of the North Downs, this gate leads into Evendim and beyond. Broken and dysfunctional it reminds of the lost kingdom of Arthedain, now guarded by shades of spent numbers. A short distance to the west of the gates, within Evendim, the ranger Torogethir has set up camp, watching the road and the nearby ruins. 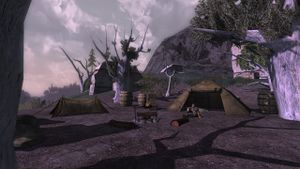 The following creatures are found around this gate:

The Evendim Gate was the scene of one of the major battles of 1974 TA, when the Witch King overran Arthedain. Legions of the Witch King failed to capture Glírost, allowing soldiers from Evendim to mount a defence against the Orcs and Oathbreakers. Although they took heavy casualties, the Men of Evendim managed to hold the Gate against Angmar. 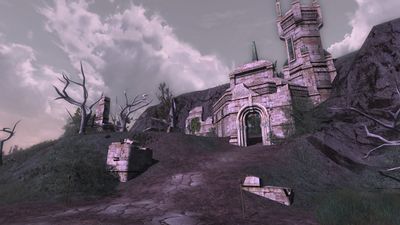 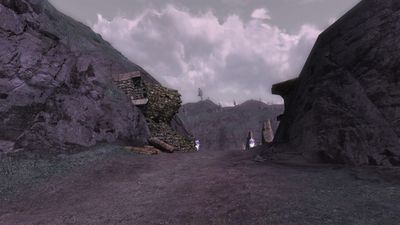 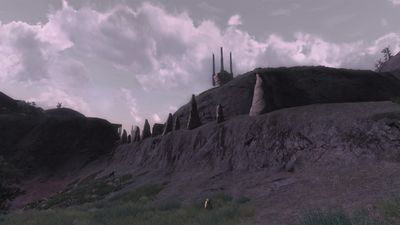