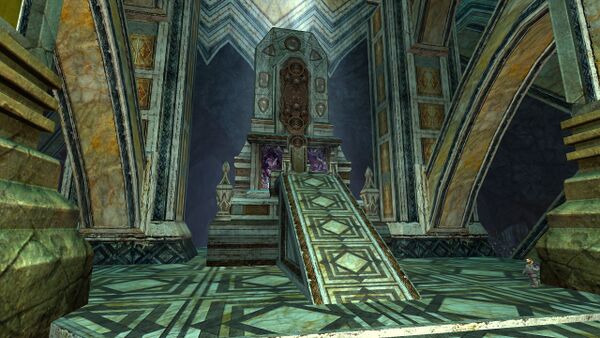 The three-peaked mountain of Gundabad is the ancestral home of the Longbeard Dwarves, and the birthplace of Durin the Deathless. Despite repeated attempts to reclaim it, Gundabad has proven lost to the dwarves and all but impregnable. Now Durin, the adventurous son of King Thorin Stonehelm of Erebor, has turned his thoughts toward entering the ancient halls at last and taking them back from the beleaguered Orcs once and for all. In addition to the Longbeards, the Zhélruka Dwarves of the East have an ancestral claim to Gundabad and the surrounding lands, having been offered respite there following the ruin of their own home at the end of the First Age.

The Gabil'akkâ, the Unified Army of Dwarves, has breached Gundabad through Maergrind. Under the leadership of the princes Durin of the Longbeards and Ingór of the Zhélruka, the Longbeard-Zhélruka-Stout-axe alliance aims to oust Gorgar and his orcs from Gundabad, as well as their Frost-horde and Angmarim allies.

Silver Coin of Gundabad that can be used to barter. Click [+] to expand a list of them.

Reputation Reward Vendors for the Reclaimers of the Mountain-hold can be found around Gundabad.