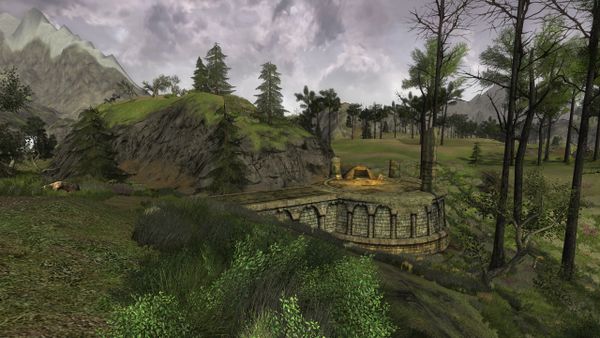 This ruined watch-tower was known as Duintham which is located just north of the Kingsfell road and a bridge over the water stream that borders to Annúndir. Here the Now a Ranger named Orthonn is watching over the area and fuelling a Camp Site Fire. 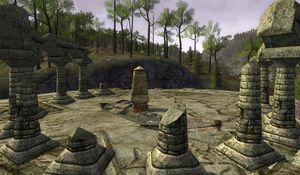 The Founding Stone of Duintham

Ost Lagoros was a watch-tower which once held vigil over the eastern passage to the great city of Fornost Erain. — Deed text

'At this place did King Celebrindor establish the Town of Duintham, that his people might cultivate the land and feed the people of his realm.' — Quest 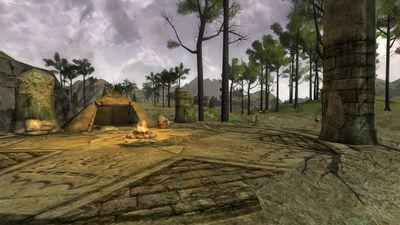 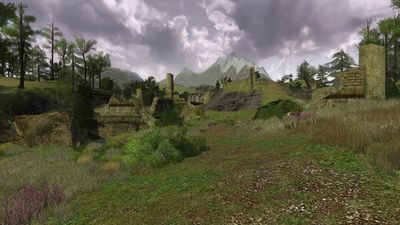 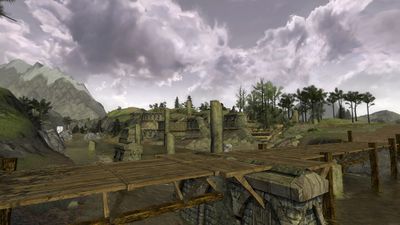