This page is about Minas Tirith during the Midsummer wedding of Aragorn and Arwen. For other time periods, see Minas Tirith (disambiguation). For the reputation faction, see Defenders of Minas Tirith. 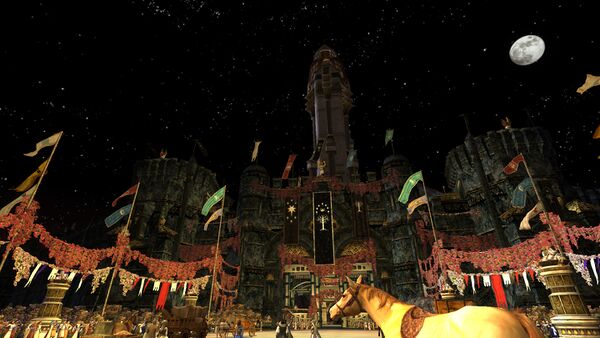 Minas Tirith (Midsummer) is an area within Anórien (After Battle)‎. The location is isolated from the rest of the world, and one cannot ride or walk there. Access is only via stable masters or other fast travel. It is placed in time after the Minas Tirith (After-battle) version of the city.

This version of the city of Minas Tirith takes place at Midsummer: this includes the three days in between the last day of June and the first day of July (or between the months of Forelithe and Afterlithe per the Shire-reckoning). The middle day, Midsummer's Day, is the day of Aragorn and Arwen's marriage. This is also the main area for the Midsummer Festival.

Volume V - The Peace of Middle-earth:

The following NPCs are found in the area during the Midsummer Festival only: 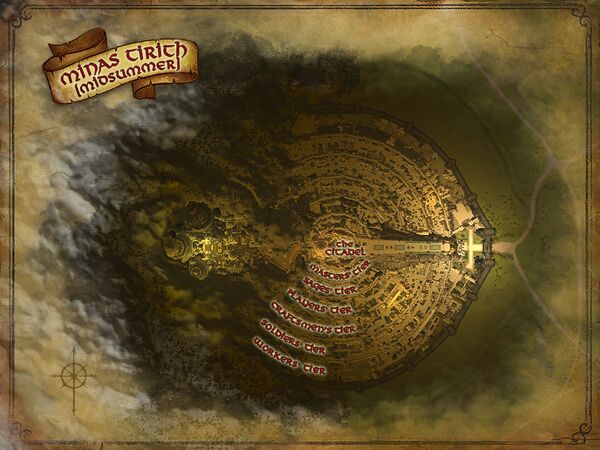