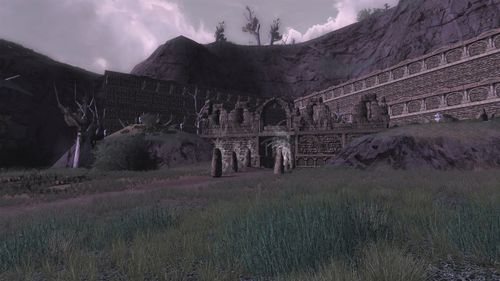 Glírost is a landmark within the Fields of Fornost in The North Downs. [9.4S, 59.3W]

These ruins are located just north of the Evendim Gate, in the north-western Fields of Fornost. Glírost was once a watch-tower which held vigil over the Evendim Gate, the passage leading to Annúminas, the ancient capital of Arnor. Now it is an abode of fell spirits out of Angmar.

When the Witch King swept into the Fields of Fornost, one of legions, along with the aid of the Oathbreakers, moved straight for Glírost. The tower was besieged, but the defenders held out long enough for forces from Evendim to reach the Evendim Gate and prevent Angmar from sweeping into Evendim. The Witch King was furious so that he sacrificed his own attackers into fell spirits, and forced them to inhabit that bodies of the fallen and wander Glirost for eternity. 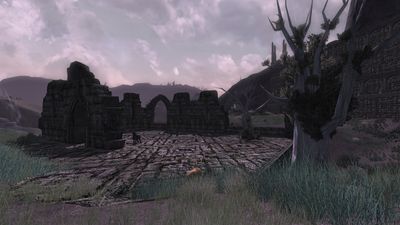 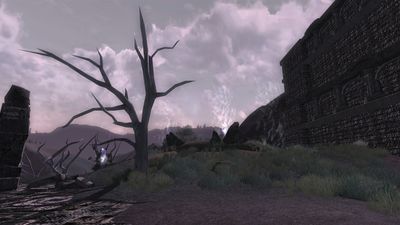