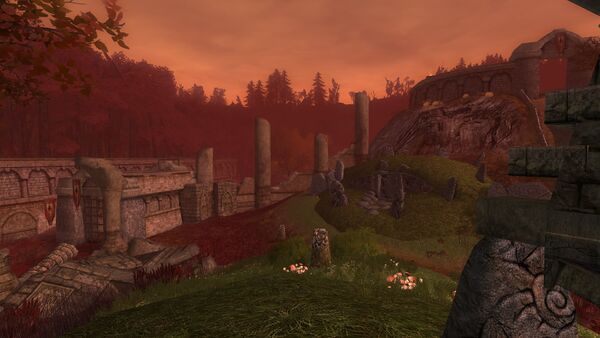 Garth Agarwen: Barrows is a World Instance within Garth Agarwen, in the Lone-lands. [27.7S, 24.5W]

"At the height of their kingdom, the Men of Rhudaur enshrined their dead within great tombs of stone and built into the ground. At the crest of the tallest barrow, Ivar the Blood-hand, awaits any who would attempt to cleanse the corruption from the land and free the Red-maid from her service to the Darkness."

The Barrows is an instance that can be found within Garth Agarwen in the northern part of the old fortress occupied by the hillmen. The Barrows can also be entered via the Instance Join panel. 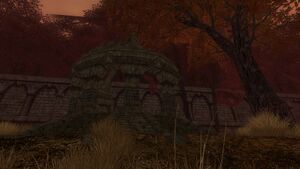 One of the unnamed tombs

The instance begins in a more "fortress" like area, with Creoth abound. It is a square, so going left, or right is irrelevant. At the other side of the square there is a gate, going underneath this gate will cause a swarm mob. After proceeding through these, you will head into the true barrows with wights, and you can go either straight or forward. Also take note before moving, that standing near a vertical tomb, with a closed stone arch, will cause a elite wight to spawn, and is not a good idea to do during combat. Going forward eventually leads to a dead end, but should probably be cleared out it you plan on completing the Sarah Oak-heart quest found later in the instance. Going right will lead you to the first tomb, and a tunnel. You may also notice the second tomb to the right of the tunnel, but getting to it usually involves stepping on a wight spawn zone, and spawning 3 wights.

After proceeding through the tunnel, or around it, you can go left, leading to the third tomb, starlight leading to the fourth tomb, or left leading to the gate to Ivar. After you have discovered any tombs, and have arrived at Ivar's gate you can either go to the far right or the far left. Going right will lead around Ivar's crypt, and eventually leads to Sarah Oakheart, who gives an escort quest to help her get back to the instance entrance. It takes a contrary route that leads to the dead end encountered earlier. Going right, however, lead to the fifth tomb, and at the other side Blogkritar. Blogkritar is a nasty elite mob, who, when nearly defeated, fully heals, and summons an elite wight to join him. He summons 2 adds, and must be burned down 3 times before being defeated, making him a brick wall without a primary healer. After his defeat the way to Ivar will be open.

Now you head back to Ivar's gate, and after walking up a short road will enter Ivar's crypt, and encounter Ivar the Blood-hand. In order to complete the challenge players must not defeat the banner-wights healing Ivar. He also continually summons archer adds, which will pull the fight further, and further out of control, if not taken care of. If Ivar is defeated then the instance has been won. 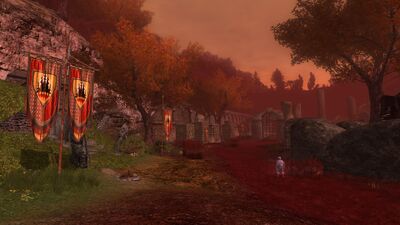 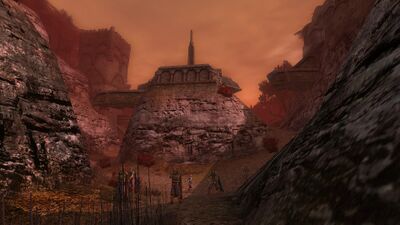 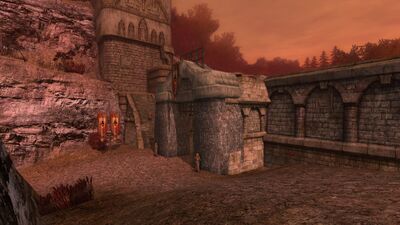 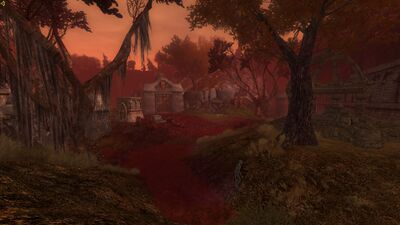