Barachen's Camp is a landmark within South Trollshaws in The Trollshaws. [34.1S, 20.2W]

South of the Great East Road lies a small camp hidden on a rocky hillside, with the unlikely company of a dwarf and an elf. The camp provides the weary traveler some shelter and minor services. It may serve as a base for exploring the surrounding area and investigating recent happenings. (Notice that at the map this camp is marked as a settlement, but the services are quite meager for being a settlement.) 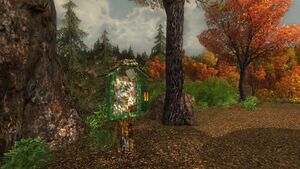 This Stable-master sells Horse and pony rides to the following destinations:

At the behest of the sons of Elrond, Barachen the Elf established a small camp in the Southern Trollshaws from which to watch for threats on the road to Rivendell. The Elves Alphlanc and Rochwen, bound to him by friendship rather than command, assist Barachen with his duties and watch from the Last Bridge to keep the road free from danger. 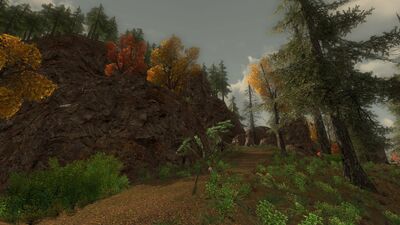 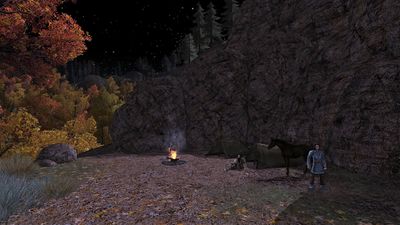