From Lotro-Wiki.com
(Redirected from Zirak-zigil)
Jump to navigation Jump to search 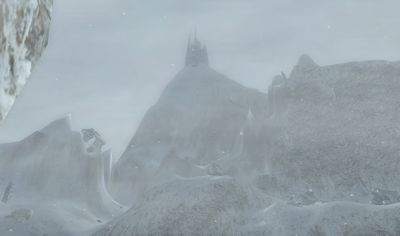 Zirakzigil is the only area of Moria which is not situated under the mountain. It can be reached from the Door to the Clouds in Durin's Way.

Zirakzigil (Khuzdul for Silvertine, Celebdil in Sindarin), is one of three peaks of the Misty Mountains, below which lie the cavernous halls of Moria, the ancient dwarf-home of Khazad-dûm. It is said that Durin the Deathless once stood upon its peak, but that knowledge is lost, deep in the memory of the Ages.

In more recent times, a great battle of flame and lightning took place upon Zirakzigil, and the mountainside was broken. Any who chanced to behold the great battle thought a terrible storm raged in the mountains. The truth only became known at a later time... [1]

There are no quest givers in this area, but there are Epic quests and a quest bestowed in the Fanged Pit: 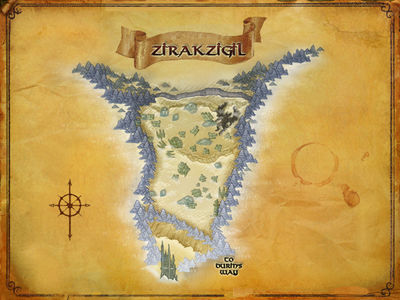 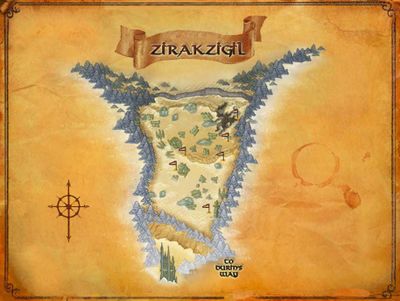 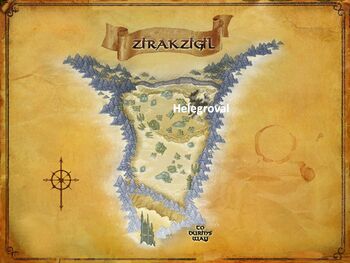