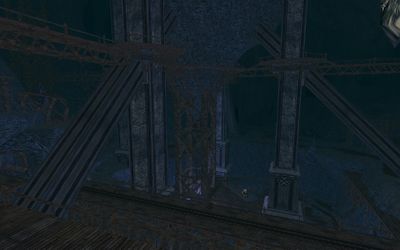 The Silvertine Lodes is an area within Moria on the west side.

The Silvertine Lodes is connected to the Great Delving on the north side, and the Water-works on the south side. It is also connected to the Redhorn Lodes through the Way of Smiths found in the pit at Menem-berej when you have accessed it for the first time in the Epic quest Bósi's Recommendation.

These landmarks are located within The Silvertine Lodes: 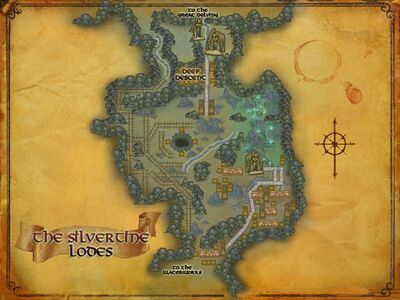 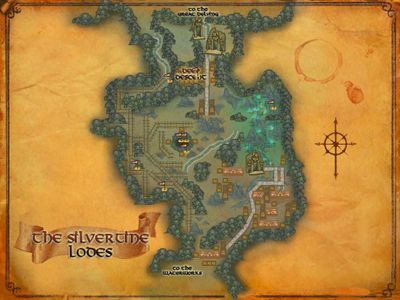 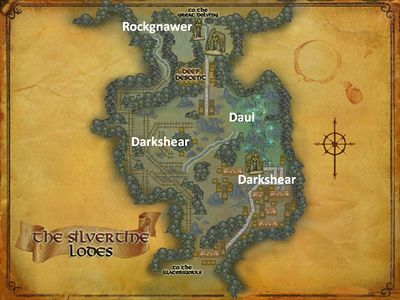 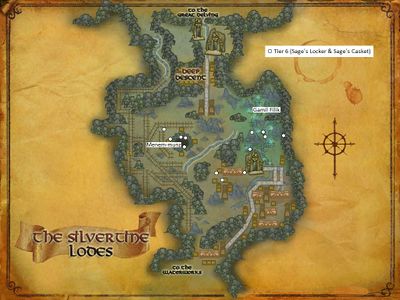 Deep in the belly of the great Misty Mountain peak called Celebdil by the Elves, Zirak-zigil by the Dwarves, and Silvertine by Men, one of the great quarries of Khazad-dûm lies in shadow and dust, waiting for its restoration, waiting for the echoes of pick-axes and miners’ songs to fill its empty caverns and tunnels once more. This deep place, known as the Silvertine Lodes, once glittered with ore and shone with the light of crystal lamps glinting off raw mithril; now it gapes like a hole not just in the earth but in the image of Khazad-dûm.

Once, many long centuries ago, this hole was begun beneath the mountain to supply stone for great palaces and castles in Khazad-dûm and in far-off kingdoms but the Dwarves of Moria kept digging, beyond caution or reason, mad in their pursuit of mithril, until the Silvertine Lodes were all but exhausted. They scratched away at the dignity of the mines until little was left but a pit in the earth.

When the Dwarves were forced to abandon Moria, to retreat before the terror of Durin’s Bane, the Silvertine Lodes were left dark and empty for many lifetimes. As happens with any dark place in Middle-earth, creatures and minions of the Shadow seeped in and laid claim to the place; so it is that now, though carved out and built up by the Dwarves, the Silvertine Lodes sprawl dark and terrible. They form a gap in the hopes of the Free Peoples, making for both a settler’s nightmare and an explorer’s challenge. [1]