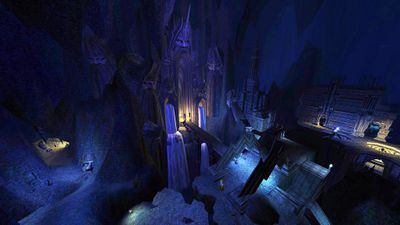 The Great Delving is the first area within Moria when entering from the west.

The Great Delving connects to the Walls of Moria in Eregion through the Hollin Gate on the west side, Durin's Way on the north side, Zelem-melek on the east side, and the Silvertine Lodes on the south side.

The Great Delving also connects to the Water-works through Deep Way found in the Vault of Durin after completion of Chapter 5: Drums in the Deep.

The first region of Moria to be rediscovered by travelers from the west—the region bounding on the fabled and newly reopened Hollin Gate —is both an entryway and a crossroads. Known, in whole, as the Great Delving, this quarter of Khazad-dûm links mines to palaces, academies to foundries, and the cavernous underground of Moria to all the realms of Eriador in the west. It is here that the saga of Khazad-dûm’s restoration and rescue truly begins.

Much of the Great Delving is an unexpected juxtaposition of Dwarf-cut masterworks and raw, unshaped stone. In some corners of the region, the remains of great works are crumbling back into the earth.

Though most often regarded as a single, wide territory, the Great Delving encompasses three distinct areas. At its western end sits Durin's Threshold, an entryway, reception hall, and hostel for travelers from Eregion and beyond. At its eastern end stand the plazas and bridges of the Dolven-view, a wide and chasmic connector dominated by grand gateways of breathtaking craftsmanship. The ground in between consists of a finely wrought thoroughfare, called Lamâb-dûm by the Orcs of Moria, and a network of loose caverns and tunnels, all of which connect Durin's Threshold with the Dolven-view.

All these places, once meant to welcome and unify the folk of Middle-earth, are contested ground now, caught between the Dwarves’ revealing lights and the Enemy’s dark grip. [1] 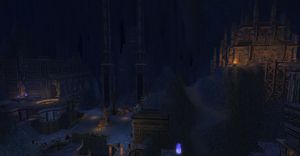 A view to the east from Dolven-view 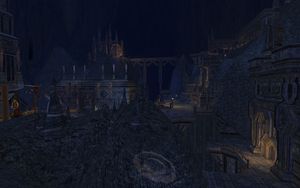 A view on Gazatmur which was considered as the central plaza of The Great Delving. On the upper right stands the Dolven-view 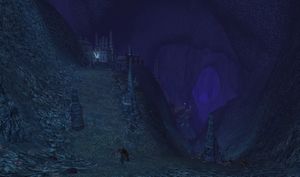 A cavern in the Great Delving 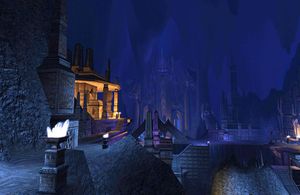 Looking northward from the Dolven-view

See list of all quests starting within the Great Delving

See list of all creatures found in the Great Delving

There are also step by step directions for travelling between Durin's Threshhold and the Dolven-View. 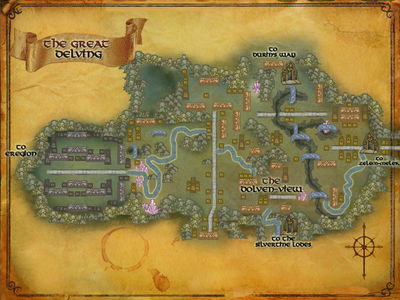 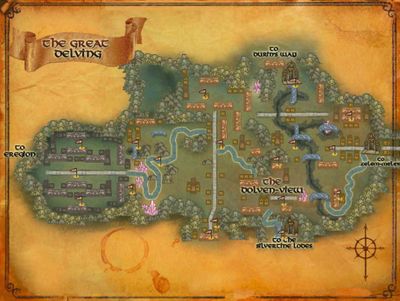 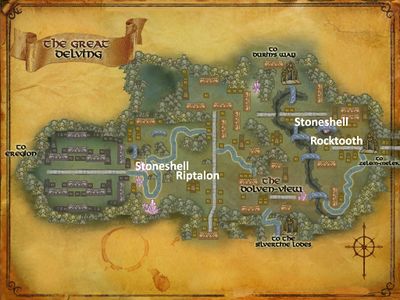 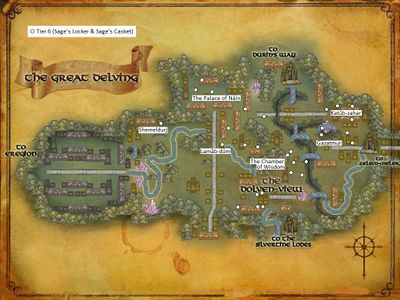