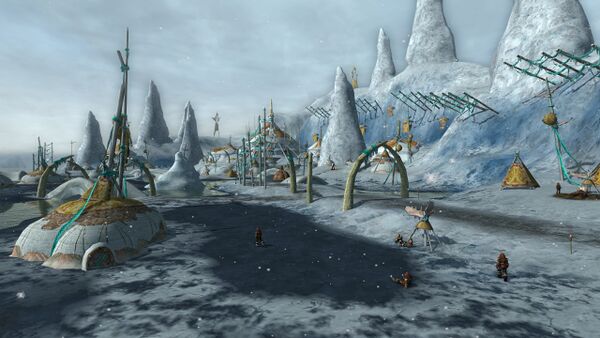 Sûri-kylä (Lossoth for Large village) is a settlement located within the area of Jä-rannit, in Forochel. [19.6N, 71.4W]

On the north-eastern cape of the Ice Bay of Forochel the Lossoth have established their main camp, with services worthy a town. The largest of the Lossoth settlements within Forochel, Sûri-kylä is an amalgamation of igloos, tents, and hide walls providing shelter from the surrounding frozen wastes.

Most citizens are hunters or fishermen. Throughout the village are all kinds of class trainers, quest givers, and several traders. The Stable-master is found just inside the eastern gates, as is the Milestone. Outside those gates is a Skirmish Camp, somewhat to the north. Uphill and past the Great Lodge a boat may take adventurers across the bay to Sâri-surma.

In the north-western end of the town lies the Great Lodge of Sûri-kylä. There is the seat of the Council, but also the Lossoth of Forochel faction with its reputation vendors. Furthermore, the lodge provides a Vault-keeper, some crafting facilities with matching expert crafting vendors, as well as other vendors. 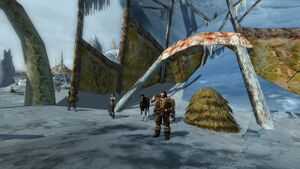 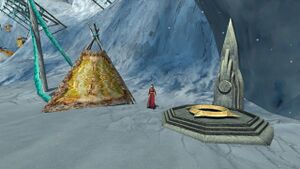 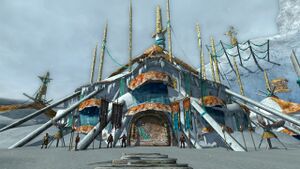 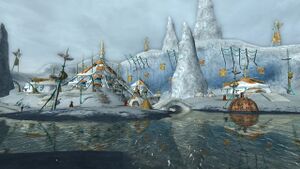 A fine day in the centre 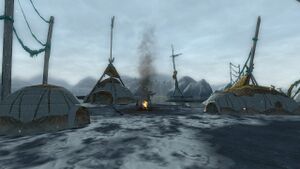 A collection of igloos 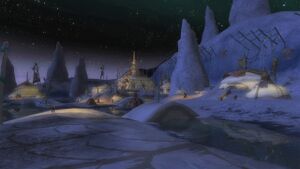 See the "starting quests" for all quests starting in this town

It says something about the Lossoth that they’ve built their greatest settlement, Sûri-kylä, as far from the rest of Middle-earth as they could reach, backed up against impassable mountains on the shore of a deadly sea. The Lossoth live far apart from southern Men in not only distance but custom. They skate across the ice on bone-bladed shoes and go about on carts without wheels. They wear bone and ivory jewellery, weave hardy and luxurious fabrics, and craft powerful weapons—yet they build no castles or cities of stone. They dwell in houses of shaped ice held up by rare and precious timbers or enormous cut tusks. — Hero's guide