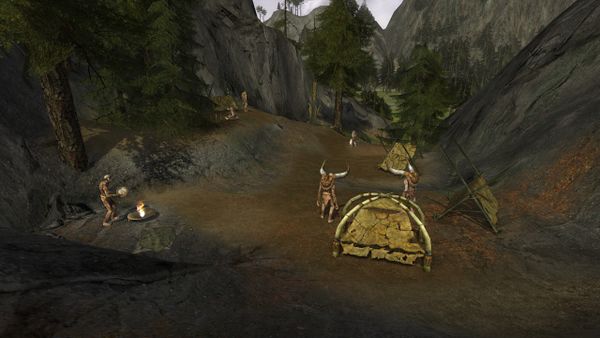 In a deep crack of the mountains, just north of the narrow and secret eastern pass into Esteldín, lies a village of friendly Earth-kins called Suuri-lehmä. The tribe is worried, as the nearby Rauta-lehmä tribe of Earth-kins are mustering for war against them. Once brothers now not so much.

At the village is Ragnarr, a dwarf who is convinced that Earth-kins and dwarves share an ancestor. He works as their Healer and Provisioner. 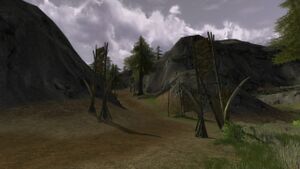 Banners lining the path into Rusfold 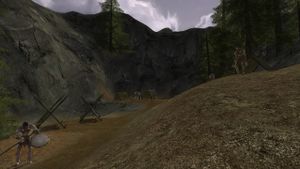 These deeds can be advanced by visiting Rusfold:

It seems that the Earth-kin hunters of Rusfold are friendly enough, if rather odd. They speak of others of their kind to the east however, who have fallen under the sway of Angmar. — Deed