The Hall of Kings is the majestic, centre hall of Thorin's Hall, to the north.

If the the Great Hall did not humble a haughty visitor this hall will. The polished marble floors, the hight, the volume, the artistry of the reliefs, the upper terraces, and so forth. And this is just the middle hall, there is the Hall of Merchants to the west and the Maker's Hall to the east, not to forget the basement with Thorin's Hall Inn and the Festival Arena. Furthest to the north, at the upper terrace, is found Thorin's Throne with Dwalin at service. 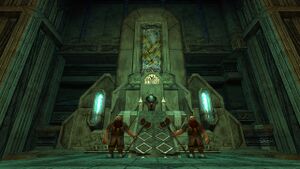 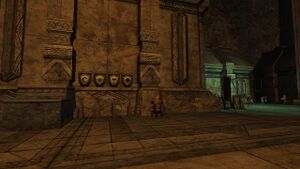 The following services can be found within the Hall of Kings: 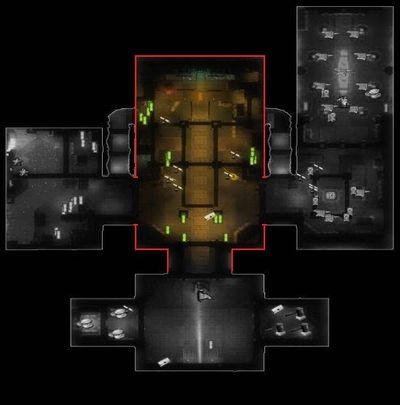 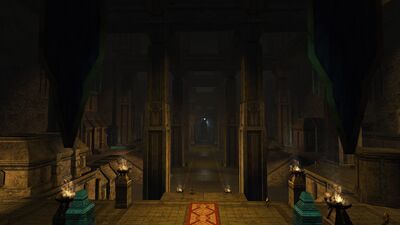 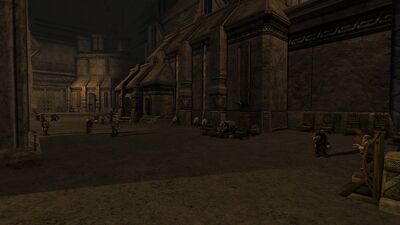 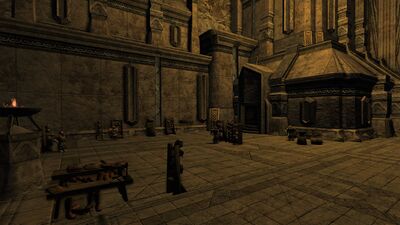 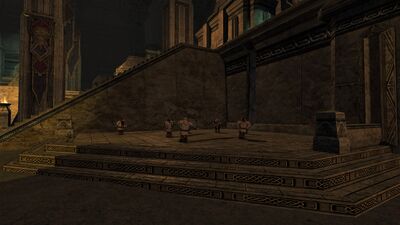