Defenders of the Angle 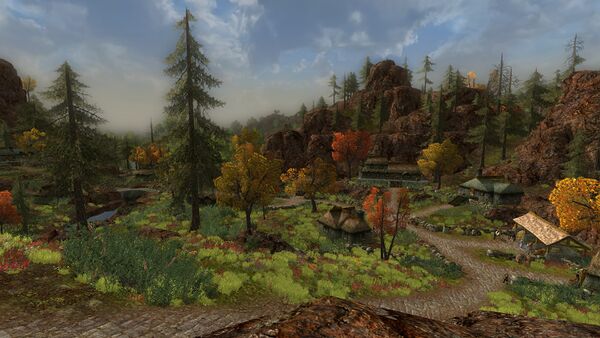 The Defenders of the Angle is a reputation faction located in the Angle of Mitheithel, in the Trollshaws.

For thousands of years, the Angle played host to countless devastating battles, earning the name Haudh Erthaid, the Tomb of Kingdoms. Now mostly wilderness once more, it offers sanctuary for those who do not wish to be found. Nestled in the arms of two difficult to pass rivers, the Angle is home to Rangers, Elves, and refugees alike.

Among those who defend the Angle of Mitheithel are the Rangers of Tornhad, Elves of Rivendell who possess both a long history in the region and an old friendship with the Dúnedain, and the Cuan-lûth, Dunlendings fleeing the reach of the White Hand.

Barterers are found in Tornhad, Tham Lumren, and Gaerond.
The Defenders of the Angle was introduced with the Rangers and Ruins quest pack, with Update 32.
Access requires the quest pack, or a VIP account.

The faction is unique in that each reputation level requires just 6,250 points to advance.

Deeds and titles are not bound to faction standings