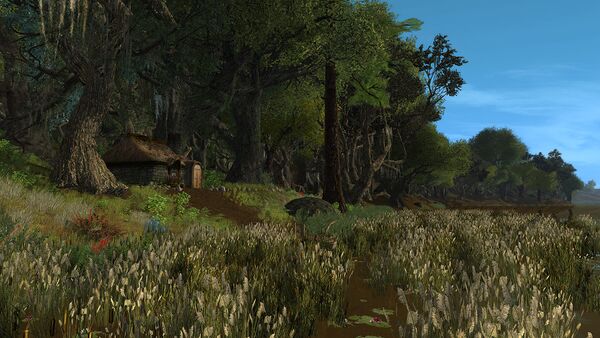 Cardolan is a region in Eriador. It was announced on 22 August 2022 and released in November 2022.

Cardolan is the old kingdom of the Dunedain. Together with Arthedain and Rhudaur it once formed the kingdom of Arnor. The old kingdom of Cardolan stretched all the way from Amon Sûl in the north to the sea in the south, altough the zone is much smaller.

It is caught between the Baranduin in the west and the Mitheithel and the Gwathló in the east. It consists of large open fields and a lot of grassland. The red rock in Cardolan is very characteristic for the region, while the red rocks are also used to the east and south of the land.

In the center of Cardolan lies the town of Herne, and in the east is the Abandoned city of Tharbad. Through the region lies the Greenway, an old road connecting Fornost with Tharbad, where it changes into the Old South Road to Gondor. In the west lies Tyrn Gorthad, the old capital of Cardolan. This place has long been abandoned and defiled by the dead.

Locations found within the region of Cardolan are listed below.

Cardolan (Sindarin for Red Hill Country) is the name of one of the three kingdoms into which Arnor was divided in T.A. 861 (the other two being Arthedain and Rhudaur). Cardolan was bounded to the west by the Baranduin (Brandywine) River, to the east by the Mitheithel (Hoarwell) River, to the east and south by the Gwathló (Greyflood) River, and to the north by the Great East Road. It was thus the southernmost division of what was once Arnor.

Cardolan was an ally to Arthedain for some six centuries, until in T.A. 1409 a large invading force from Angmar destroyed Cardolan and slew its last king. Soon after the Great Plague of T.A. 1636, the Witch-king of Angmar raised fell spirits to inhabit Tyrn Gorthad, and what was once the capital of Cardolan is now known as the Barrow-downs.

Cardolan was once home to Ambossar, one of the seven Vandassari. It was housed at Gaervarad, and was destroyed by the forces of Angmar. Released from the Oath-stone's bonds, many of the Hill-men who had been subject to its power turned on the Dúnedain.

See also: The Scroll of Luilloth 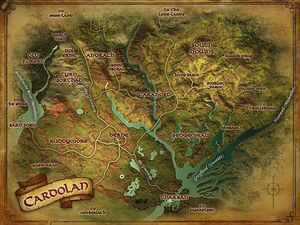 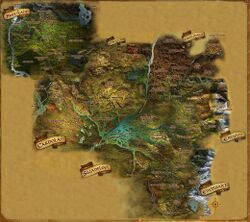 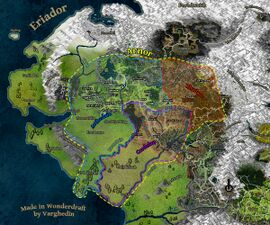 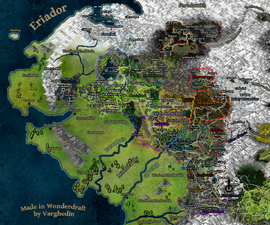 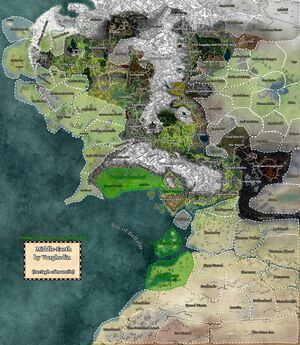