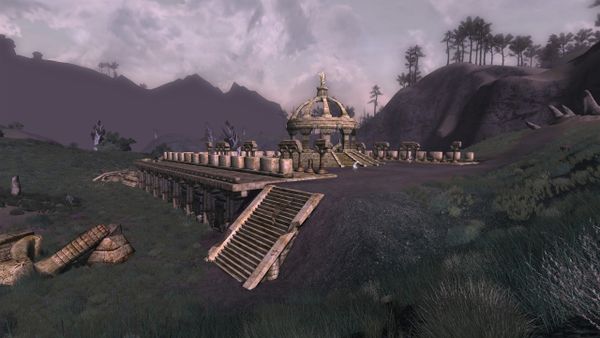 Once a magnificent temple, now only the ruins remind of a glorious past, though stained with memories nobody wants to remember. The oath-breakers are bound to the temple and will haunt it for eternity, attacking any who dare try to steal the ruin's treasures. 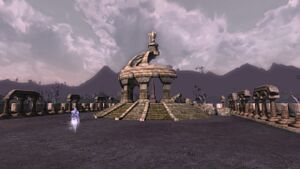 Most likely the altar in which place the Oathbreakers sacrificed themselves 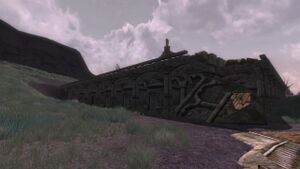 Amon Amrûn was once a temple of worship to Eru Illuvatar. When the Witch-king of Angmar overran the North Downs, the Oathbreakers threw open the doors of the Temple and sacrificed themselves upon the altars in worship to Melkor. The roof of the temple was then torn off by the Witch-king and only the foundations of the temple remain.