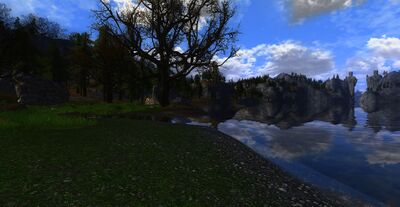 The East Wall is an area within the East Rohan region in Rhovanion. It follows the gorge of the Anduin River from above the Argonath at lake Nen Hithoel to the Falls of Rauros and is separated from the Wold, Norcrofts and Sutcrofts by step mountain slopes.

See: a list of all NPCs within the East Wall

Quest Sequencing - When entering Rohan via Volume 3: Book 7 Chapter 6: A Journey by Boat the Epic quest line interweaves with multiple "local" Quest Hubs. While not necessary to complete any of these "local" quests to follow the Epic line and to move on to obtain one's Warhorse, they do afford experience roughly equal to 1.5 levels if all are completed.

"Local" quests in the East Wall by Quest Hub and NPC 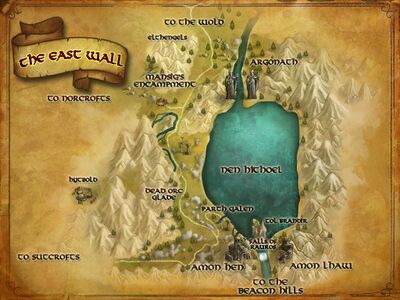 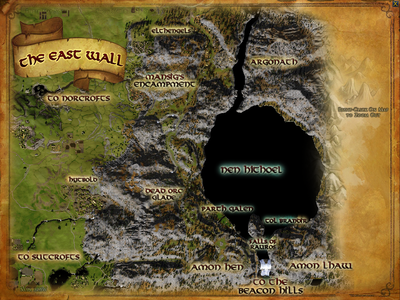 Detail maps of the East Wall 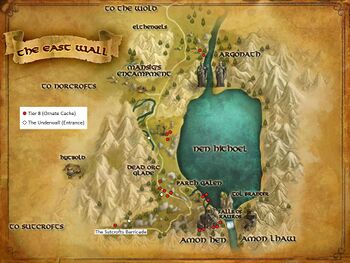