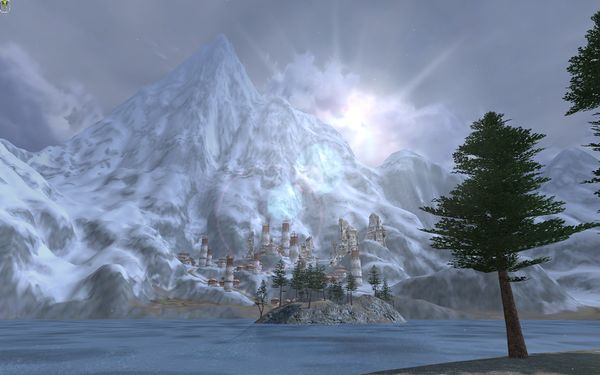 Tâl Methedras is an area within Dunland in the north-east region. The name means Foot of the Last Peak in Sindarin. The Falcon-clan has established a village here, called Tûr Morva. This area is part of the Epic Quest line. 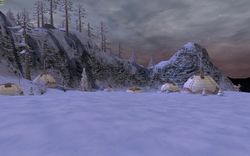 The Snowman Village at the foot of Methedras. 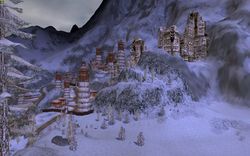 The Village of the Falcon Clan, Tûr Morva at the foot of Methedras.

List of NPCs that are found within this area:

This area is accessed as part of the Epic Quest line, beginning with Volume III Book 4 Chapter 6.

It is again visited in Volume III Book 4 Chapter 17,

There are not many mobs in this area. All are located on the far side of the lake and are nominally "quest targets."

The Falcon Clan has thus far resisted the advances of Saruman and has attempted to warn the Brenin of the Algraig, in Lhanuch. 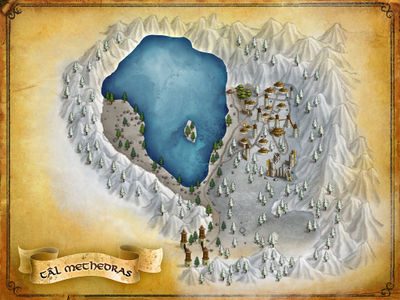