From Lotro-Wiki.com
(Redirected from Redhorn Lodes)
Jump to navigation Jump to search 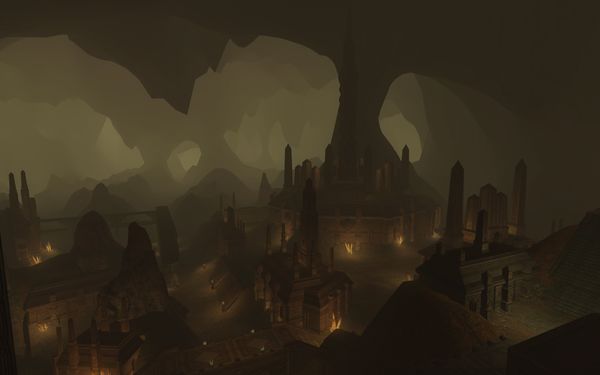 The Redhorn Lodes sprawl amidst the rocks between and below Zelem-melek and Nud-melek. Where the regal and formal halls of those regions are refined and crafted into stunning demonstrations of Dwarf ingenuity and architectural vision, the Redhorn Lodes is a region of function and utility, cut out of the rock along paths dictated solely by the courses of ore veins.

To the east, rough passages give way without fanfare to the freakish Foundations of Stone and the ruddy lower district of Nud-melek. In the south, a vast and lonely tunnel reaches away and then west to the Flaming Deeps. None of these passages are marked by the grand gates or proud monuments found in other regions because their purpose isn’t to celebrate entry to some new vista. They are simply where the mines happened to break through into other regions of Khazad-dûm.

If the Dwarves’ time in Moria had been longer, the mines may have expanded to the south and the connections to other regions may have been built up and decorated like the border to Zelem-melek in the west. There deep, sculpted channels in the rock lead to the northern boundary of the Flaming Deeps, and dizzying stairs lead up to regal halls. At the top of those stairs now stands the Orc-watch, a redoubt at which an expedition of Dwarves defends the border against Warg-riders from the west and hulking Orcs from the east. The Dwarves of the Orc-watch stand over the Redhorn Lodes, stroke their beards, and plan for the future.

On the ground level of the lower Redhorn Lodes, stout red ore-houses, sturdy workhouses, and miners’ estates cluster around the stairs. These served as the offices of stately Dwarf ore-barons, as well as the dormitories of rugged miners. These buildings contained the dusty workshops where ore was refined and polished, and also the vaults where gems were secured.

Between this urban quarter and every other corner of the region, the Redhorn Lodes is a labyrinth of raised mine-cart tracks, timber scaffolding, and mounds of untapped rock, all of it dusted with silt and grit from centuries of disuse. Rails that once led to ore-houses and workshops now end in twisted and broken frays. It seems the Dwarves who fled the mines sabotaged their works to prevent Goblins and claim-stealers from using the old infrastructure for themselves.

Near the northwest corner of the mines, the raised tracks lead past sealed ore-houses to the edge of a gaping hole in the rock. This was the Tailing Pit, where waste and remains from the mine’s ore-cultivating process were dumped. Though the old miners saw so much of the mountain as ripe for later use, this bottomless pit was judged to be so deep and so empty of valuable ore that they could cast away trash and spent tailings here. Now it has the attention of the occupying Orcs, who use the pit for much the same purpose—except that to a harsh and heartless Orc, used-up captives make entertaining fodder for the pit too. [1]' 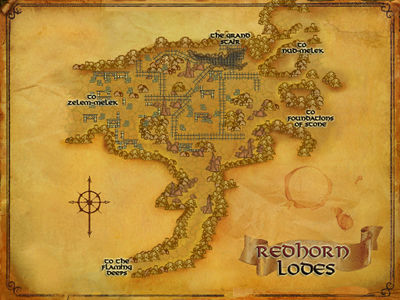 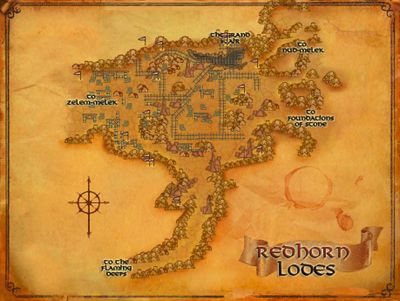 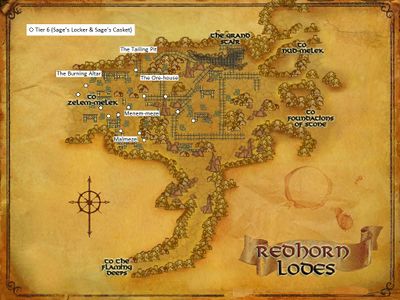 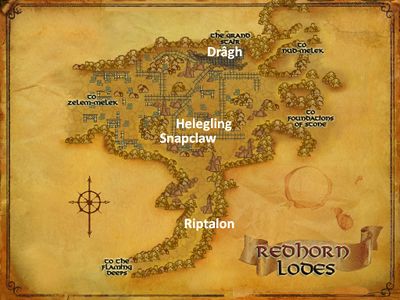 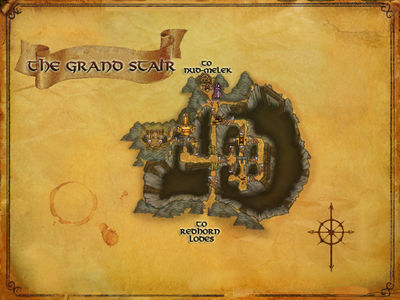 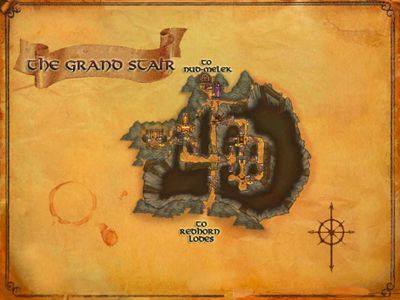