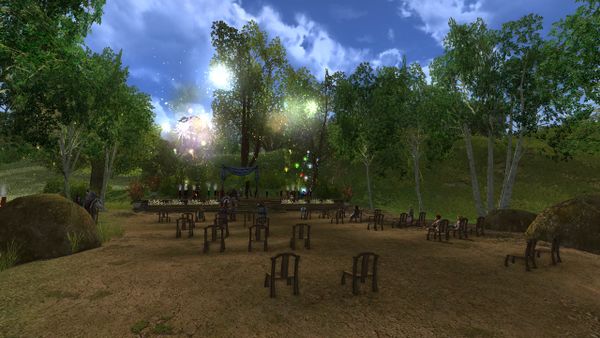 Just a stone's throw south from the Three Farthing Stone, south-west of Bywater and north-east of Tuckborough, there is an open-air theatre. This is a stage upon which Hobbits of an artistic leaning are invited to perform and entertain their fellows during various festive occasions. The afternoon sun makes a perfect setting for any drama, play, or party.

During some festivals and events this stage attracts visitors for far and wide, sometimes the illustrious Fireworks Wizard, Gandalf himself, arrives to add extra sparkles to the show. 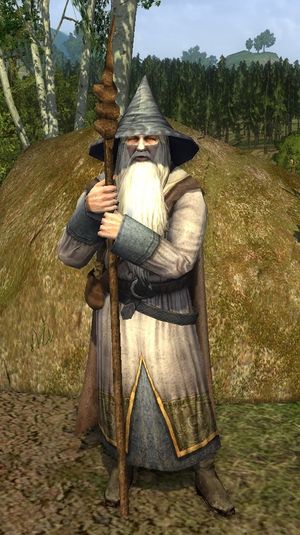 These deeds can be advanced by visiting Methel-stage:

"It is said that when old Bilbo Baggins returned from his wanderings abroad, he came back with a good deal more wealth than he had before he left.

"While rumours abound as to the source and improper nature of his riches, among the works he built within the Shire was the Methel-stage upon which Hobbits of an artistic leaning are invited to perform and entertain their fellows during festive occasions.

"Of course, Bilbo has disappeared again recently - bringing up all the old rumours of his improper adventures and such - but many of the folk of the Shire nevertheless continue to appreciate the causes to which he put his money." — Deed text 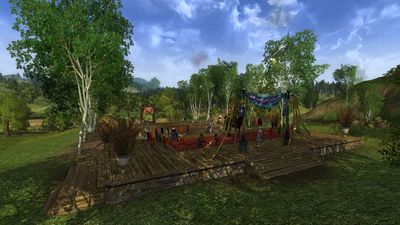