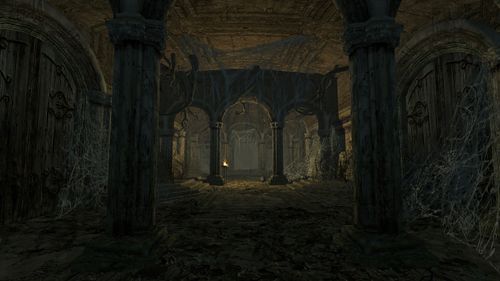 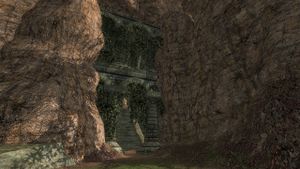 The stairs leading to Delossad 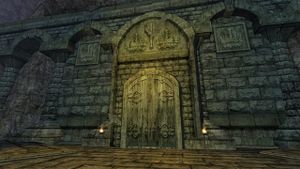 These magnificent Cardolan ruins are found at the eastern shores of the Bruinen river. The stairs leading to its entrance begins near the banks of the river, east of Echad Candelleth. [37.9S, 13.3W]

The structure is built in many levels and the visitors first come to a lovely, small garden. The next level is built in a circle around this garden, with a few empty prison cells around. A solid door leads to the inner chambers, and are open only during the appropriate quests.

The following creatures are found within this area (during quests):

What are these strange ruins? They seem to be of ancient Cardolan origins, but the Elves of Rivendell seem hesitant to speak of them at all. Some strange mystery surrounds them, and it may be that the only answers can be found within... - Deed Text

The original name for this place was Sithad but Elves avoid to talk about it; "Delossad" means "Place of Abhorrence" in Sindarin. 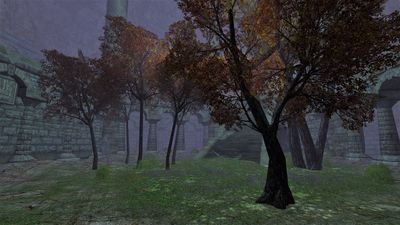 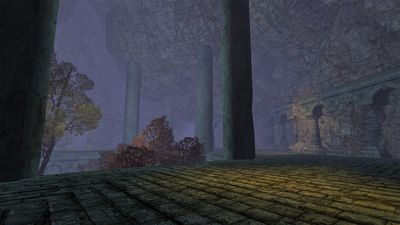 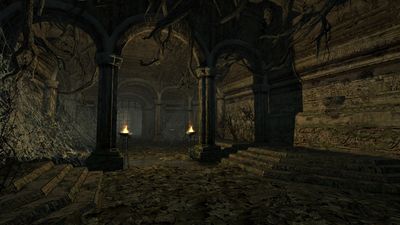 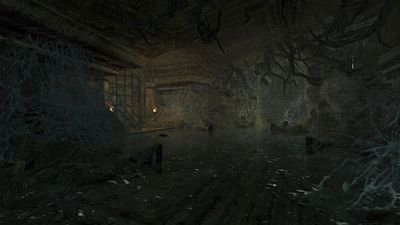 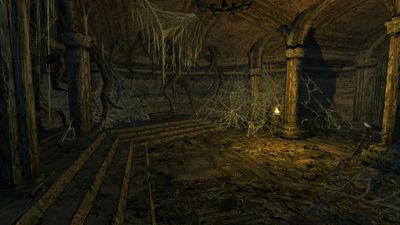