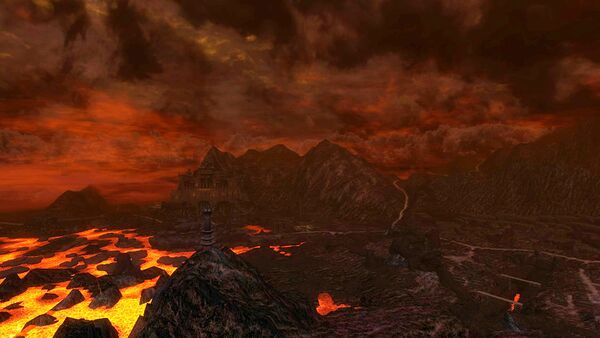 Talath Úrui, (Sindarin for Burning Plain, literally Hot Plain), is an area within the Plateau of Gorgoroth.

Parts of The Black Book of Mordor: Where the Shadows Lie (Requires purchase of the Mordor Expansion.) 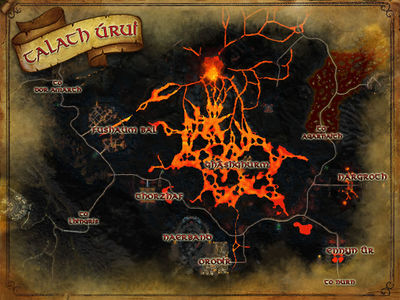 Despite receiving most of the damage from Mount Doom's explosion, the southern half of Gorgoroth has only widened in dangers as it now features the Ghâshghurm, the lake of fire, that pours out from the broken cone of Orodruin. Strongholds and ruined keeps from Gondor's time line the hills of the Morgai and the barrier to Nurn, the Maegond Spur, while various additional staging posts scatter along the main roads. Many Orcs still patrol the keeps to which they were assigned, with even greater enemies indulging in the flaming wastes.