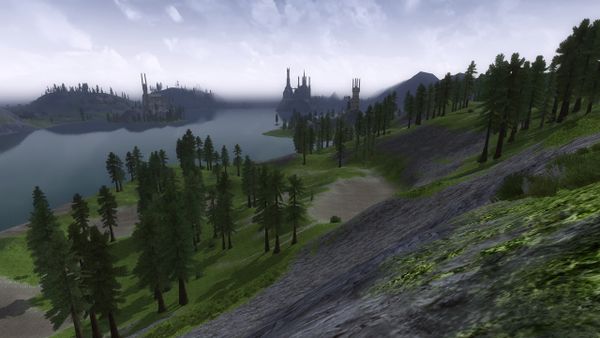 Southern Emyn Uial is an area within Evendim in the western region.

West of Lake Evendim this is an hilly, wooded area that sits in the shadows of the mountains above it. Swift streams throw themselves down beautiful waterfalls, gather in serene ponds, before finally leading into Lake Evendim. While not to the extent of Northern Emyn Uial, Gauredain patrol the hilltops, preying upon any unwary travelers. Throughout these plateaus, stone-giants & wood-trolls hold claim to their respective holding, hostile to all intruders. Beyond this bears, wolves, and other wild animals are prowling amidst the trees. At the west-most bay of the grand lake lies Rushingdale, holding the secret entrance of the mystical Gwindethrond behind its waterfall. This hidden grotto contains one of the oldest living beings of Middle-earth, Gwindeth.

Like its northern counterpart, this area is untamed and wild meaning the closest camp is the Eavespires to the north, or Echad Garthadir in Annúminas; they provide a boat-keeper and a stable-master respectively. Quests are aimed at level 37-38. 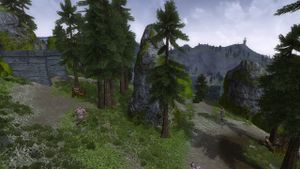 These landmarks are located within Southern Emyn Uial:

See list of all NPCs within Southern Emyn Uial 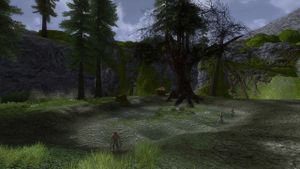 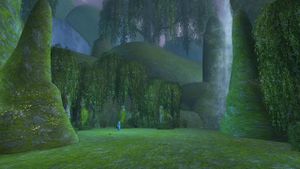 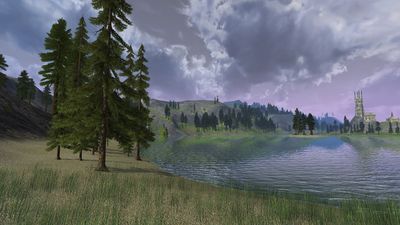 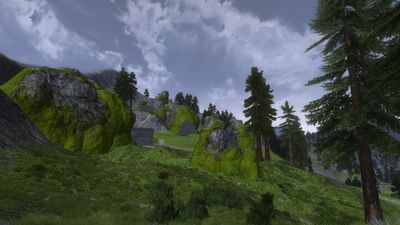