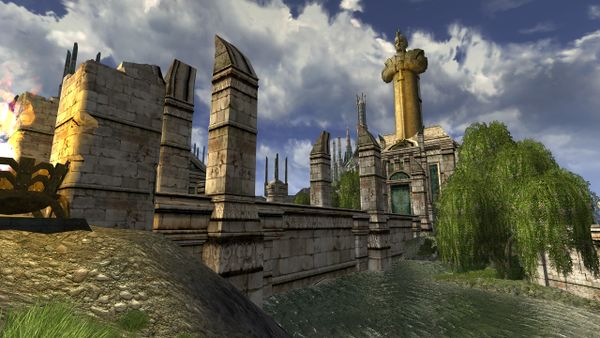 The tomb of Elendil is located at an islet of Lake Evendim, the most impressive of the tombs within the Way of Kings. By far the largest of the tombs in Men Erain, Haudh Elendil is host to a slew of burial chambers, ruined hallways, and the hidden lair of a dark and ancient being.

Actually, Elendil is not buried in this tomb, as he died far from Evendim at the hands of Sauron. However, something of great value was brought back and put down in his place. One of these items is so valuable that the Enemy has put forth great efforts to lay hands on it before Aragorn may obtain it. 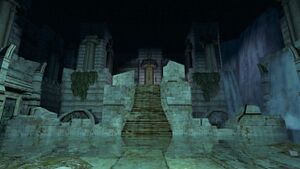 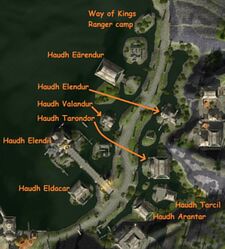 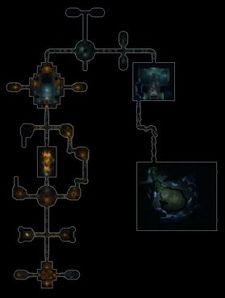 Haudh Elendil is the settings for two quest instances, whereof one is possibly the most time-consuming of the game.

These deeds can be advanced by visiting Haudh Elendil:

These mobs are encountered in the instances:
Bosses

The tomb of Elendil, son of Amandil. Elendil was the first and founding King of Arnor, whither he had fled into Middle-Earth from the great ruin of Númenor. Elendil fought alongside Gil-galad as the leader of the Last Alliance and died during the Siege of Barad-Dûr at the hands of Sauron.

After his death Elendil was secretly interred at Halifirien far to the south, but some of his most important standards and personal effects were symbolically placed within the tomb at Annúminas in his stead. — Deed