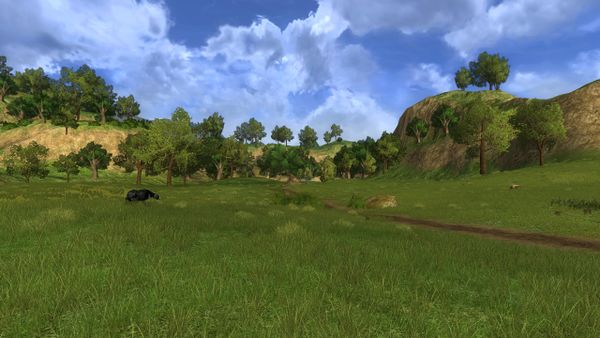 Greenfields is an area within The Shire in the north-eastern region.

This area is the northern outpost of the Shire towards Evendim and beyond. This is an area of rolling flat land covered in green grass, where many sheep farmers take their sheep to graze, and many hobbits like to go for a stroll in the sun. However, recently something has upset the wildlife of the Greenfields, making them aggressive. Several hobbits have reported seeing goblins and are afraid to venture there fearing the return of goblin chief Golfimbul. 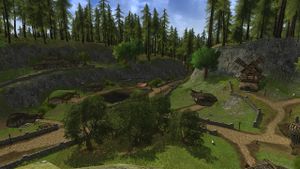 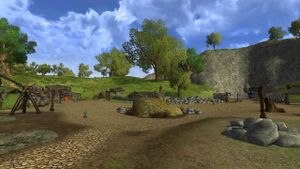 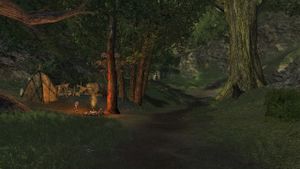 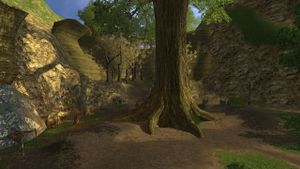 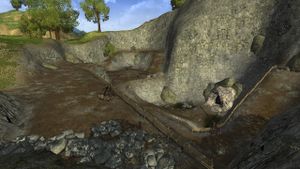 These landmarks are located within the Greenfields:

In TA 2747 the Greenfields were the site of the historic Battle of the Greenfields in which Bandobras "Bullroarer" Took lead a force of hobbits against an invasion of goblins from Mount Gram lead by goblin chief Golfimbul. Bullroarer Took charged at chief Golfimbul, and knocked the goblin chief's head clean off with a swing of Bullroarer's club. Golfimbul's head flew 100 yards through the air, then rolled into a rabbit hole. Hobbit legend tells that this is the birth of the game of golf. — The Hobbit 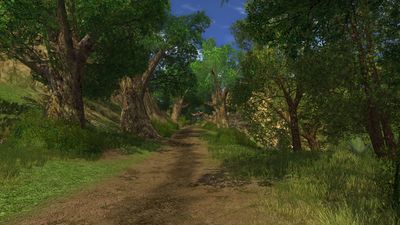 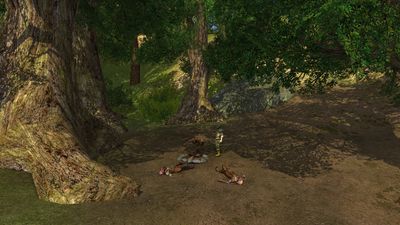 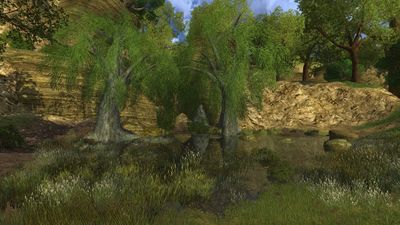 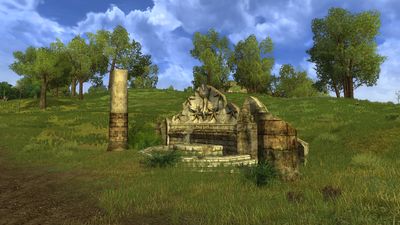 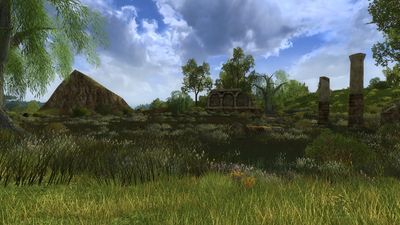