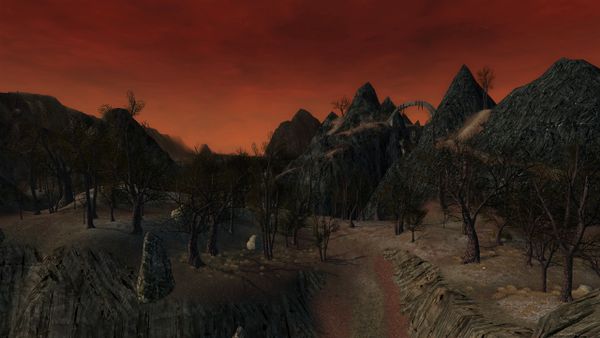 Gorothlad is an area within Angmar, in the eastern region.

Gorothlad (Sindarin for Valley of Horror) is an apt name given the barren, skeletal-like trees, and blood red sky that looms over the horizon. In addition to the forests, the landscape is composed of short dead-end vales, ridges, mounds, rocks, and boulders. This plethora of dead trees explains the Orc lumber camp of Ongbishúk located on the edge of the forests bordering the sulphur swamps of Malenhad. Many small lumber camps are scattered over Gorothlad, manned either by Yrch or goblins. Wargs and blade-beaks can also be found throughout the area.

Gorothlad borders the even more barren Nan Gurth to the north, as well as the troll arena of Maethad, enclosed on all sides by this area. The tower of Krúslë Lannan in southern Gorothlad stands as a monument of the 7 kings that eventually all fell to the corruption of Angmar, though the swords of each king have recently gone missing from their statues.

In the north-eastern section of Gorothlad lies a Camp Site Fire, serving Maethad as well as Nan Gurth. 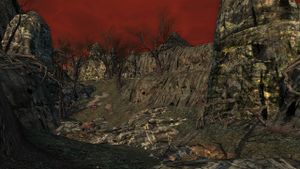 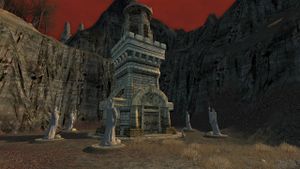 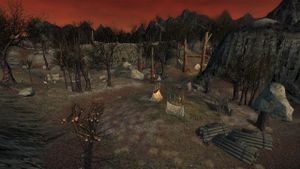