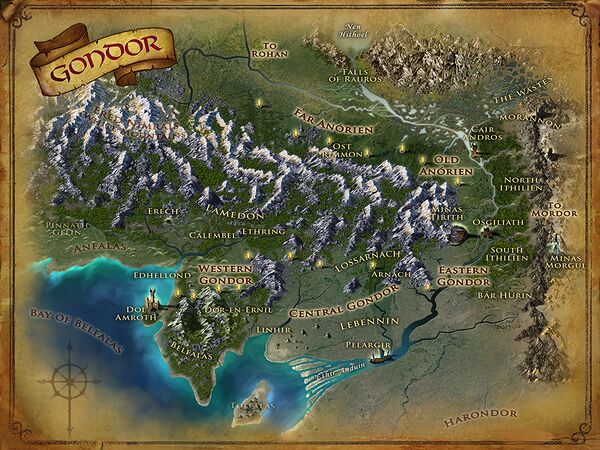 Players must pass through the Paths of the Dead to access Gondor.

Prior to the Battle of Pelennor Fields

As forces assemble for the final battles, the character passes through the more distant parts of Gondor and experiences their conflicts, diversions and threats, as they move toward Minas Tirith, the capital and target for the massed armies of Mordor. 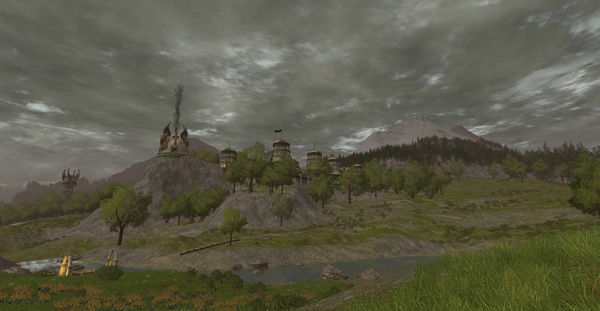 Central Gondor is a region in Gondor. It is adjacent to Western Gondor and Eastern Gondor. 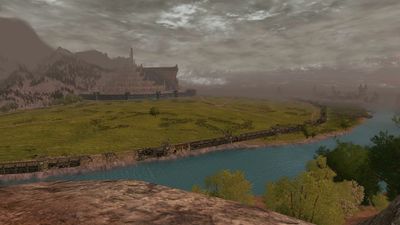 Eastern Gondor is a region in the east of Middle-earth. It is adjacent to Central Gondor and Old Anórien. 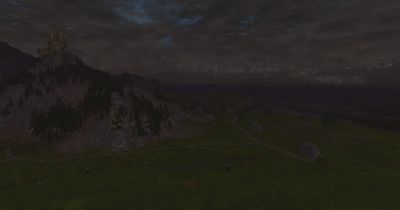 Far Anórien is a region in the east of Middle-earth. It is adjacent to Old Anórien, as well as East and West Rohan.
It contains the areas of the Beacon Hills and Taur Drúadan. 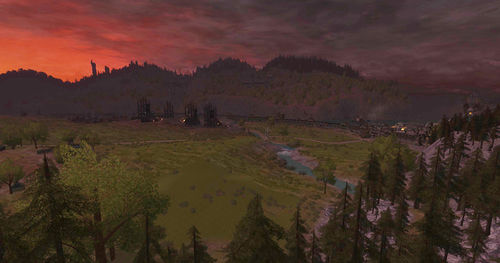 Old Anórien is a region within the land of Gondor. It is connected to Eastern Gondor, Anórien (After Battle), North Ithilien and Far Anórien.

It contains the areas of Talath Anor, Pelennor, and Minas Tirith 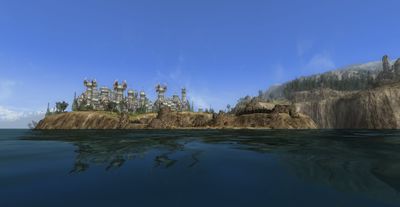 Western Gondor is part of the second of the two great nations of Men founded in Middle-earth by Elendil after the Downfall of Númenor, the other being Arnor in the north. It is located to the west of Mordor, on the Bay of Belfalas.

After the Battle of Pelennor Fields

After the battle new areas are available. These are split in time from the areas above, and some overlap with the original areas. Anórien (After Battle) and Ithilien were in the March of the King release, and overlap the areas of Old Anórien and Eastern Gondor. 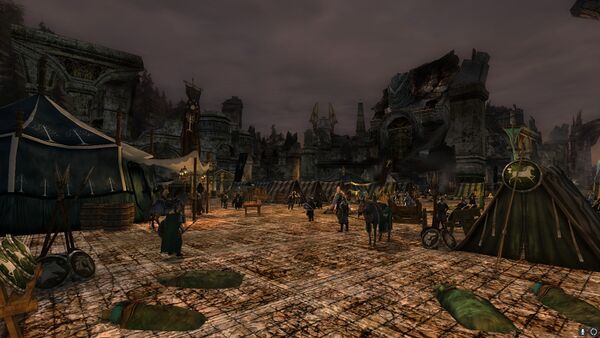 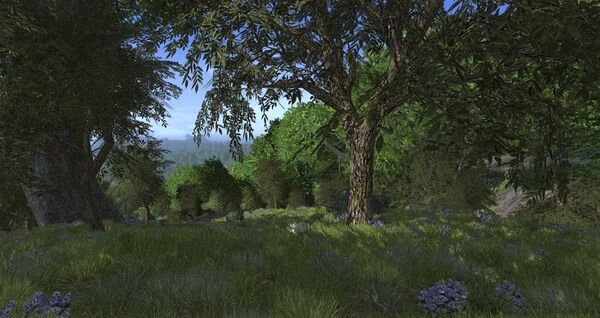 Ithilien is a region in Middle-earth. This region covers North Ithilien and the northern part of South Ithilien just south of the Cross-roads but is separated from it in time, occurring after the Battle of Pelennor Fields. 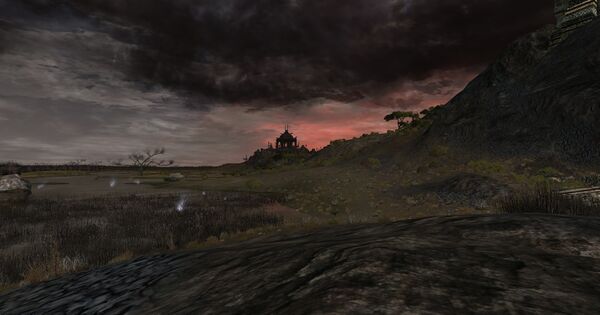 See The Wastes for more details

The Wastes is a region that is situated immediately outside Morannon, the Black Gate of Mordor. It lies above North Ithilien and north-west of Mordor. The is the site of a major battle at the end of the Second Age, when Mordor was first defeated, but the area was lost as Mordor regained strength. It has been long contested and is still occupied by Orcs and others ready to resist the march of the King.