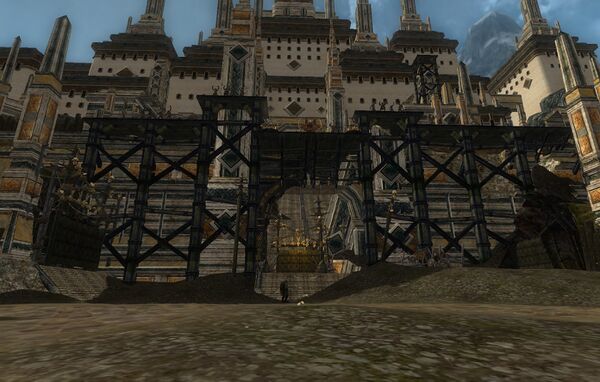 This 12 person raid is part of the War of Three Peaks Instance Cluster. It was released in Update 28.

"The final battle of the War of Three Peaks has begun. Prince Durin Stonehelmson of the Longbeards leads the Gabil'akkâ, a great host of united dwarves, to the very gates of Mount Gundabad. But Gorgar the Ruthless, son of Bolg, has one last surprise in store for those who would seek to usurp him...."

It is available in the Instance Finder after completing Discovery: Amdân Dammul, the Bloody Threshold.

Estimated completion time is between <20 - 60> minutes.

Most of the armour pieces and jewellery can be bartered for

Embers of Enchantment with the Amdân Dammul Quartermaster, if you have completed the corresponding tier of the raid.

Pieces of the following Jewellery sets: