The Lord of the Rings Online: Riders of Rohan

This page is about The Lord of the Rings Online expansion. For the reputation faction, see Riders of Rohan (Faction). 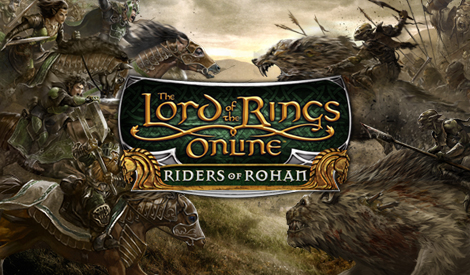 Lord of the Rings Online's fourth expansion was released on October 15, 2012. Named "Riders of Rohan", this expansion introduced the player to the realm of Rohan. The expansion was originally sold as a web based download and on Steam. As a first, an OS X client was added. Prior to Riders of Rohan, the game was only available for Microsoft Windows.

This page aims to give an overview of the release history and the main features of the expansion. A full overview of all game changes can be read in Riders of Rohan's release notes.

Furthermore, players could improve their crafting with the addition of tier 8 crafting, named "Eastemnet". They could also increase reputation with their Crafting Guild and four new reputation factions (see also under Eastemnet region).

Storywise, the epic story continued with Vol. III Book 7. The first quest of this book was called Chapter 1: The Land of the Elf-queen and started with Galadriel in Lothlórien. The epic quests took the player to various towns in East Rohan, helping out the inhabitants against the growing power of the enemy. Players could also do daily quests to rebuild the destroyed town of Hytbold. Restored parts of this town would be visible to the player, using an enhanced dynamic layer system. Finally, the traveling Riders Four - already familiar to some players from the expansion's trailer - provided players with a personal view into the hardships of the Rohirrim. 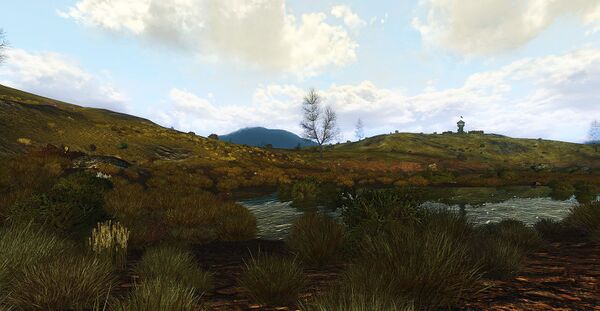 The vast plains of the Wold

With the Eastemnet region, or East Rohan, Riders of Rohan added the largest amount of landscape thusfar. The region exists of six zones, each with their own map, intended for players of level 75-85. Four of these zones have their own reputation faction.

A completely new mechanic introduced with Riders of Rohan is that of mounted combat. Horses take in an important place in Rohirric culture. The Rohirrim bred horses that descended from the famed Mearas and fought from horseback. Since Riders of Rohan, players can also learn to ride a war-steed. This allows them to swiftly cross the vast plains of Rohan and take part in Mounted Combat. Particularly tough enemies rove the plains in warbands. Some warbands can only be taken down by multiple players; some are even designed to be defeated by raid groups. Most warbands move about quickly and can form a nasty surprise to the unsuspecting questing solo player. On the other hand, they can also be hard to track down when sought after. To deal with this type of fast paced combat, open world tapping and automatic quest bestowal were introduced.

Mounted combat is designed around the principle: the faster you ride, the stronger your abilities; however, the lower your maneuverability. The system allows for a great deal of customization. First off, each player has access to a set of class specific war-steed skills. Additionally, the player can choose between three types of steeds: Light, Medium or Heavy. Light steeds can go faster, but have little defense, while heavy steeds do not go as fast but are quite tanky. Each war-steed type has their own skill tree with three branches, containing War-steed Traits. Additionally, war-steeds are equipped with Legendary Items, called Bridles. Some Bridle Legacies are generic, others are dependent on the war-steed type. Finally, the appearance of war-steeds can be modified, using a system similar to the character's outfitting system.

The Road to Erebor instance cluster

Riders of Rohan released without any group content. At release, all expansion editions included "a future instance cluster", but it was unknown what that would entail. At the end of the year, it was revealed that the cluster would revolve around Erebor, a part of Middle-earth that was at the time not accessible by players in the open world. Thematically, this may seem an odd choice, as the region is located far away from Rohan and the Fellowship of the Ring did not travel there. The developers undoubtedly aimed to sync the release of the cluster with the popular The Hobbit trilogy by Peter Jackson, of which the first movie was released in December 2012. 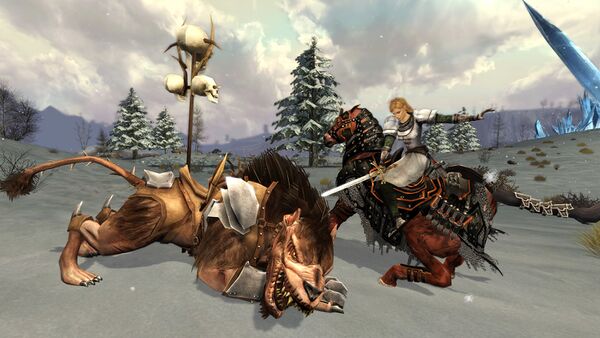 A player engaged in mounted combat

The Road to Erebor instance cluster was added in two parts. The 3-man instances arrived first, as part of Update 9: Against the Shadow on 17 December 2012. The 6-man instances and 12-man raid were released almost five months after launch, on 6 March 2013 with Update 10: Against the Shadow, Part II. The instance cluster can also be bought separately in the in-game Store, allowing for players who do not own the expansion to play them.

January 25, 2012, Turbine officially announced the development of Riders of Rohan on their website, and - more informally - on the LOTRO forums.[1] Chance Tomas was hired to develop the official video game score. 4 June 2012, the options to pre-purchase the expansion were announced. The website Rohan.lotro.com was launched, containing information about pre-ordering and offering sneak peaks into the expansion. The website also showed a cinematic trailer that introduced The Riders Four. The News section of the main LOTRO website was updated with a FAQ. From June 5 to September 5 of that year, players could pre-order the expansion.

At the time, three expansion versions were available: a base edition for $39.99, a heroic edition for $49.99 and a legendary edition for $69.99. In addition to the expansion, players who pre-ordered gained some extra perks. The following table shows the content and pricing of each edition.[2]

August 22, 2012, the NDA was lifted for beta testers and players could discuss the upcoming changes on the forums.

Originally, the release date was set on September 5. However, the expansion was released on October 15, 2012, 40 days later than originally intended. As compensation for the delay, Turbine gave players who pre-ordered the expansion a Goodie Bag and 500 Turbine Points (nowadays known as LOTRO Points). They were informed about this by e-mail.

Riders of Rohan enjoyed a positive reception among written media. Metacritic gives the expansion an 88/100.[3] IGN rated Riders of Rohan 8.3/10, stating that the expansion was "Massive, beautiful, and graced with some of the best mounted combat ever seen in an MMORPG". They considered the release as "welcome news after the disappointments of Rise of Isengard", but were concerned with the accessibility for new gamers.[4] Ten Ton Hammer gave Riders of Rohan the Best Expansion of E3 award, praising in particular the amount and quality of new landscape content, the unique mounted combat system and Chance Tomas' "epic musical score". The website did, however, express concerns regarding the Hytbold gearing system: "On the negative side, this grind for gear is a rather dissatisfying substitute for new instances or skirmishes. It can seem like a time-sink of repetitive busy-work and may not feel particularly "epic" to some players."[5]


Players, too, were happy with the large new region to explore, the beauty of Rohan and the musical score. Criticism revolved around the pricing of the expansion, the lack of new endgame group content, laggy war-steeds and the gating of the sixth inventory bag behind the legendary edition.[6] Some of these concerns were later addressed: the Erebor instance cluster was added and war-steed riding was made to run much smoother.

Concept art for Riders of Rohan was made by Wesley Burt and others.

Prior to release, a great deal of video material was released. These shorts contain interviews with people who worked on Riders of Rohan and provide insight in the creative process: