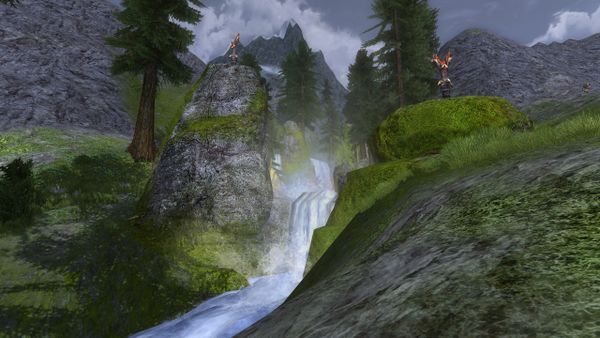 In the most northern point of Evendim some beautiful waterfalls jump from cliff to cliff down the steep mountain sides before flowing into the grand lake below. Here a group of fierce Gauredain have settled, hostile to anyone who dare trespass. 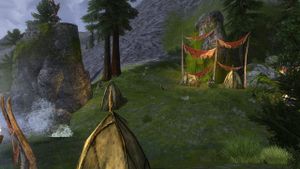 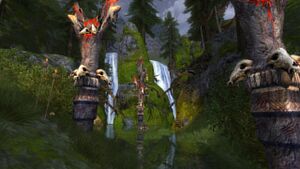 Creepy totems set up in a grotto

These deeds can be advanced by exploring The Even-rills:

The Even-rills are a series of connected pools and falls fed by ice melting high in the mountains north of Lake Evendim. They are as frigid as ice even on the warmest days of summer, and bands of rugged North-Men have been known to challenge each other to foolhardy contests of endurance to see how long each can withstand the bone-chilling temperatures in the upper pools. — Deed