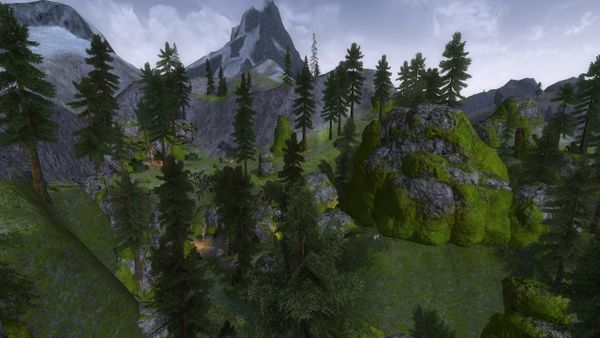 Northern Emyn Uial is an area within Evendim, in the north-western region.

To the north-west of Lake Evendim this is a wilderness of forests, hills, ravines, and roaring waterfalls. The tribal Gauredain are prowling everywhere, from their numerous camps at the highest hillsides down to the water shores. A wide selection of wildlife can be found in the hills, from monstrous fire-flies to vicious wolves.

The area provides a camp site fire, located high up the mountainside, between Swiftbrook and the Gloaming Falls.

The Eavespires is a small hunting camp that provides some services including a bowyer, healer, milestone, and a dock-master who sells cruises over the lake. The quests for this area are aimed at healing the forests and are level 36 to 38. 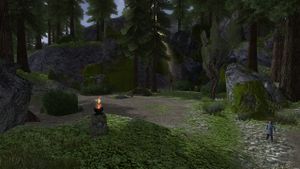 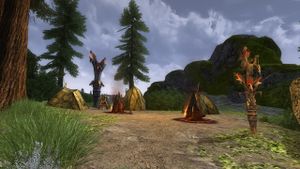 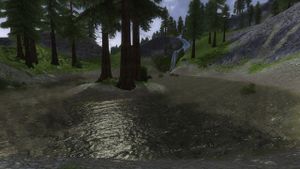 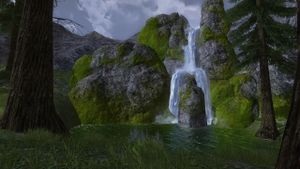