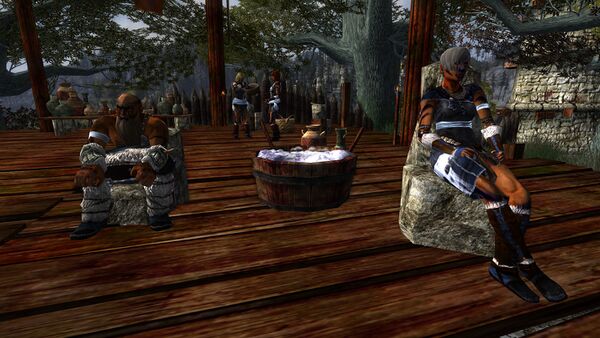 Although they are mistrustful of other peoples, the Dunlendings are in fact distantly related to the Dúnedain, having descended from the Folk of Haleth, one of the three Houses of the Edain in the First Age. Other descendants of this house include the Men of Bree, the folk of Enedwaith, and the Men of the White Mountains who would later become the Oathbreaker shades of the Paths of the Dead.

Some are friendly (or at least begrudgingly tolerant) to travelers, while others are openly aggressive. Additionally, the Algraig of Enedwaith are an offshoot of the Dunlendings, having been cast out of their original clan.

A turbulent people, the Dunlendings are for the most part herders and hunters who jealously guard their independence and often raid the lands of their kinsmen. Strife is the rule in Dunland, which is just as well, for the neighboring folk fear the unification of the warlike Dunmen. This is particularly true of the Men of Calenardhon (Rohan), the Dunlendings' oldest and most challenging enemies.

In the late Third Age, the Dunlendings' hatred of Rohan has been manipulated by the Wizard Saruman. Many have sworn an oath to the White Wizard and fight in his employ, on the promise that the conquered realm of Rohan will be theirs. As such, Dunlendings can also be found wandering in other lands such as Eregion and Enedwaith, serving as foot soldiers of the White Hand. However, not all of the Dunlendish tribes are united and their corrupted clan leaders do not always represent the will of their people.

"The Dunlendings strive ever to rise and oppress the Free Peoples, for injuries of old have been stirred up in recent tumultuous events."

In the Lord of the Rings Online, Dunlending also refers to the three areas ... Dunland. the Gap of Rohan, and Nan Curunír.

It has been theorized that the rivalry of the Rohirrim and the Dunlendings was meant by Tolkien to reflect the historical conflict between the Anglo-Saxons and the native Celts of ancient Britain. As such, the game designers for The Lord of the Rings Online have given Dunland and its people a Welsh/Celtic influence. 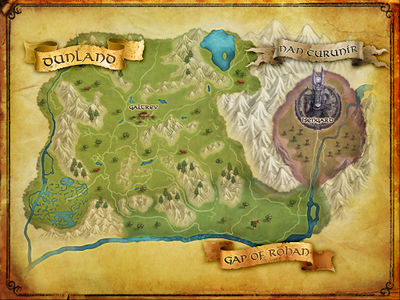 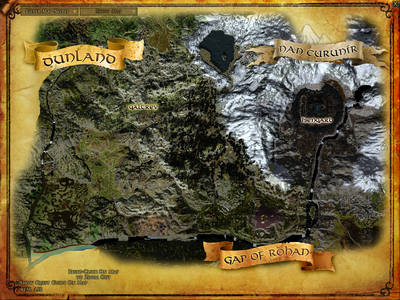