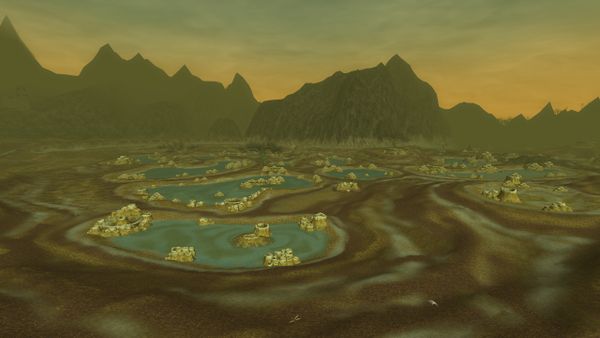 Western Malenhad (Sindarin for Yellow-place) is an area within Angmar, in the southern region.

The western section of Malenhad consists of sulphuric marshlands. Throughout the area there is a large amount of geothermal activity within the swamp making for a more humid and warmer environment than Angmar at large. That would also explain bog-lurkers, dread turtles, giant flies, and fiery worms. In a the south is Sálgaitë with a large brood of worms and in a damp cave in the north Gertheryg have set up with their worm pets. Goblins have built huts are are likely attempting to extract some resource in the northwest, but are also found with their Angmarim allies within Bail Boglakh and Bail Róva.

Between Western and Eastern Malenhad is Rammas Deluon, a border of malicious Watching-stones. Unless having conquered a spirit commanding such a stone, the border is fatal and impossible to pass through. Hence, any member of the Free Peoples is advised to seek out Corunir in Aughaire, who is said to be looking for ways to pass through, before trying to head east.

In the southwest hunters of the Trév Gállorg tribe have set up camp at Tyrn Lhuig. There they provide basic services such as a Healer, Provisioner, Tasks Bulletin Board, and a Camp Site Fire. The inhabitants also provide challenges for anybody looking to prove themselves in the surrounding lands. 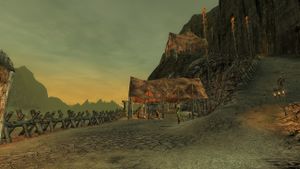 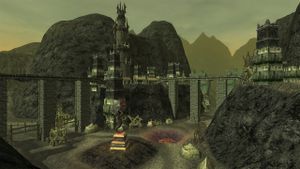 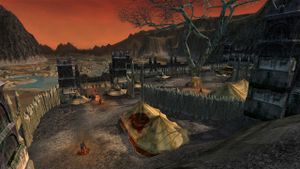 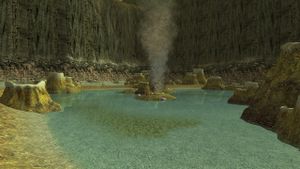