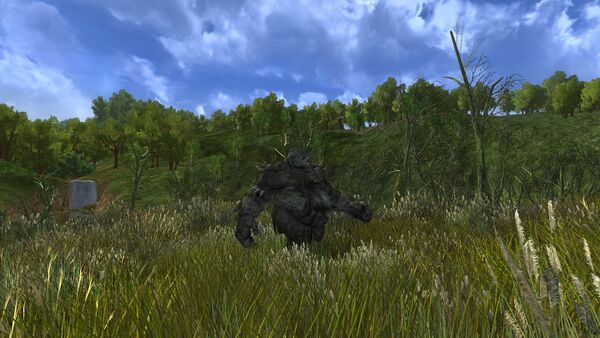 A small hillock distinguishable by the Sun-Touched Troll on top of it. There are rumours that the troll moves during the night, but that remains to be seen. However, there is a half-eaten cow close by to the troll which would suggest that something large and hungry has passed that way!