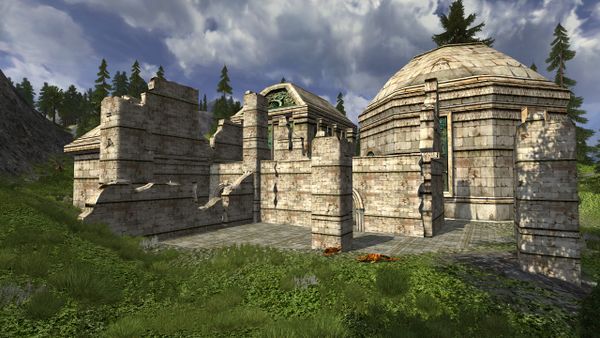 The ruins lie at the highest point of the main island of Tyl Ruinen, with a wondrous view over Lake Evendim. Few dare enter this location since it is overrun by fiery salamanders. Thus these living flame-throwers have unknowingly guarded artifacts valuable to scholars. In the deepest cellars are two salamanders stronger than all others, though accessibly only during a quest instance.

Just south of Tollobel are Lúgethir, who wants to control the population of salamanders, and Humfrey Rumming who seek to find the source of this infestation. 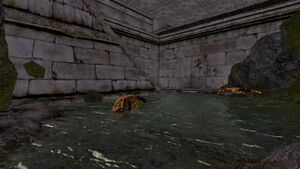 The salamander nest in the cellar

These deeds can be advanced by exploring Tollobel:

Isolated by the lake from most of the other estates and ruins of Evendim, few scholars are certain of the nature of the ruins that lie there today. The foremost theories suggest that it may have once been either a prison or vault used by the rulers of Annúminas – this at least would explain the general secrecy and rare mention of the place in histories of the region.
Alas, there is little solid evidence to support these ideas, save for a series of unusually deep and extensive cellars within the crumbling ruins. If there were vaults here, they have long ago been picked over for any valuables they might have contained. — Deed