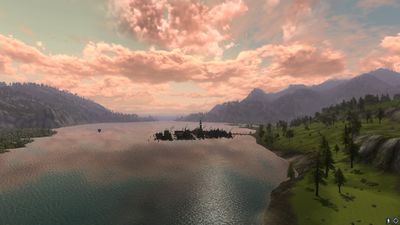 Nearly eighty years have passed since a company of Dwarves, a Wizard, and a very short burglar woke a dragon and Lake-town was set aflame. A new Lake-town has been built, Dale has been re-settled, and the Kingdom under the Mountain thrives, but change has not lessened its pace. Mere days have passed since Jangovar Easterlings were repelled from Dale. However, new Easterlings have arrived from far Rhûn, dressed in rags, and telling tales of sorrow.

The Dale-lands are governed by King Bard II of Dale and his mother the Queen Regent Erna.

The Dale-lands cover the lands between Erebor and Esgaroth below the Lonely Mountain. The main city of this region is Dale, where the Men who dwelt beneath Erebor were forced to abandon this city left to ruins by Smaug the Golden in times of old.

These landmarks are located within the Dale-lands:

Reopening the Realm
The quests below are part of Category:Eryn Lasgalen Quests.

The quests below are part of Category:The Dale-lands Quests. 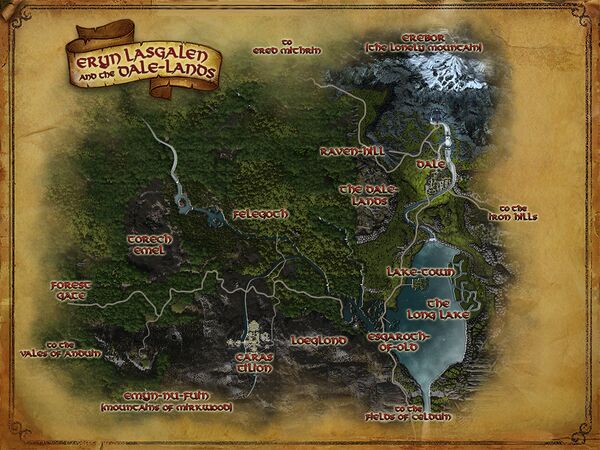