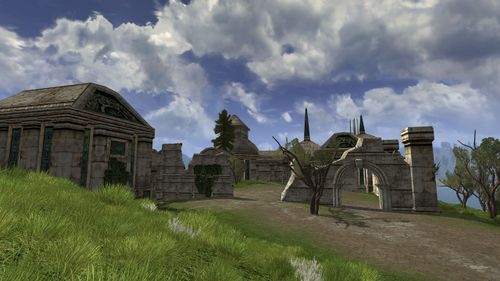 These well preserved ruins of an old estate lies on a hilltop just west of the bridge to Tinnudir, with a view over as well Lake Evendim as the meadows once owned by the landlord. These days only brigands and wildlife are wandering about these ancient walls.

Several of the great families of Annúminas constructed palatial estates upon the rolling hills of the Evendim Fields, displaying their wealth and prosperity far and wide and providing them summer estates from which they might oversee their extensive holdings of rich croplands.

Though not as extravagant as some of the estates built later, Tham Nambarth was the oldest and closest to the capital and thus considered the most prestigious of all, save for that of the royal family itself at Tinnudir. — Deed text 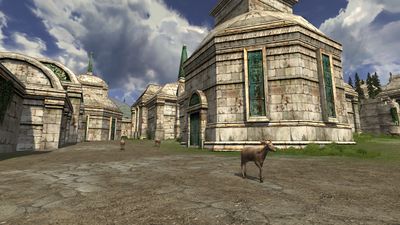 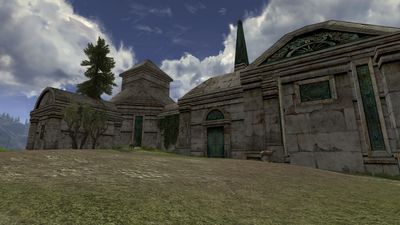