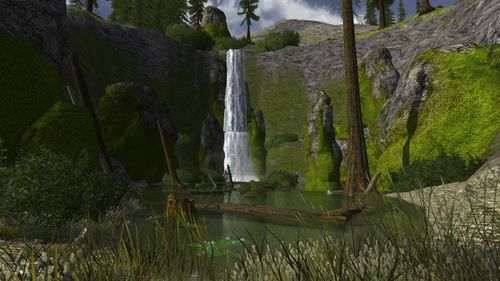 Rushingdale is a landmark within Southern Emyn Uial in Evendim. [13.7S, 75.8W]

At the west-most bay of Lake Evendim lies this oasis of peace and tranquility; here no sign of the distorted wildlife of Evendim may be found. From high above a beautiful waterfall roars down the hillside and creates a curtain of foam, completely hiding a secret cave behind, Gwindethrond. In that cave lives Gwindeth since ages long before most living beings of the Middle-earth.

Though visited infrequently even in the time of Arnor, the pool now known as the Rushingdale was held in reverence by the local people who would leave offerings floating upon the edge of the waters.

Despite the roar of the nearby falls, a sense of uplifting calm does seem to settle upon your spirit as you gaze into the shifting reflections in the water here. 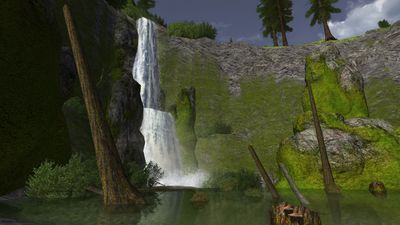 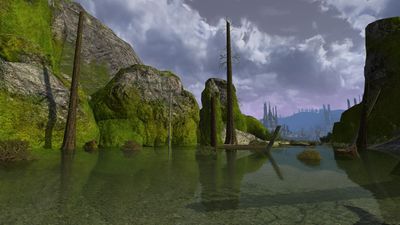