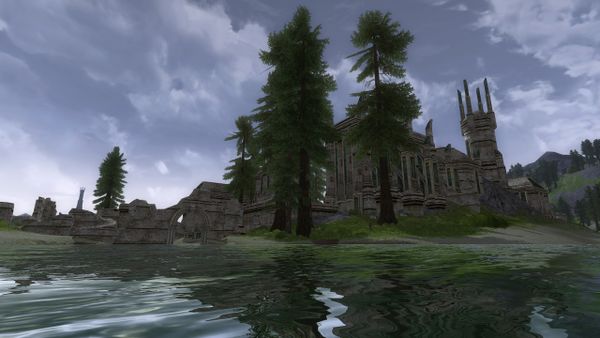 In the north-east of Lake Evendim lies two islands named Rantost, a short swim from the mainland of Tyrn Fornech. At the northern part of the main island the ruins of a large estate speak of a wealthy background. Tomb-robbers have claimed Rantost as their base of operations and fiercely protect whatever relics they may find, transporting them by rowboat.

However, the Rangers of Annúminas have managed to infiltrate the band and are trying to save the remaining artifacts. 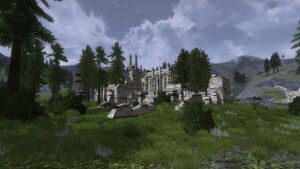 The large estate from the southern tip of the isle 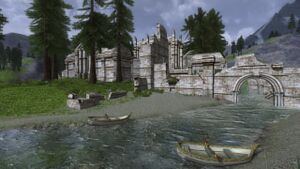 Rowboats on the shore of the ruins

These deeds can be advanced by exploring Rantost:

Given the evidence of the beautiful and extensive structures once built on the island of Rantost, it is strangely devoid of mention in the histories of Arnor. It is possible that some powerful family seeking a more reclusive and quiet lifestyle far from the continual chaos of the capital chose to construct their estate here - but if so that same reclusive nature has erased any mention of them from the tales and histories of the Northern Kingdom, and they are lost to time forever. — Deed