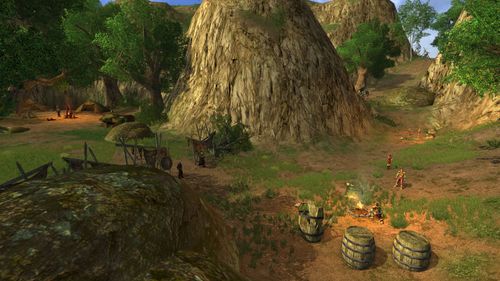 Narrowcleeve is a landmark within Green Hill Country in the Shire. [35.2S, 66.8W]

South of Woodhall, across the Stock Road and the Shirebourn River, lies a hidden camp of Brigands and Half-orcs in a chasm in the ridge the fences the Shire from the southern regions. From this reclusive hideout, Brigands venture out to commit acts of thievery and violence against the unsuspecting hobbits of the Shire.

To get to Narrowcleeve adventurers must cross the at a ford just above the waterfall. [33.8S, 66.1W]
Past the guards' camp at the hill there are are two narrow paths down to the main camp, both are patrolled by brigands. 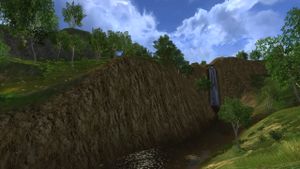 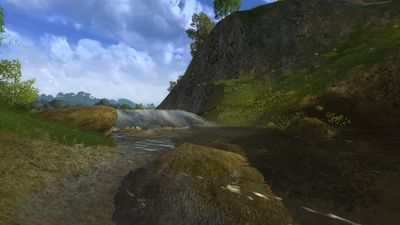 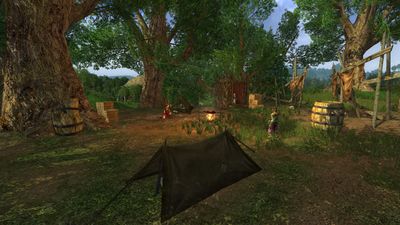 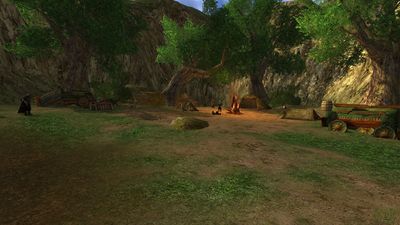 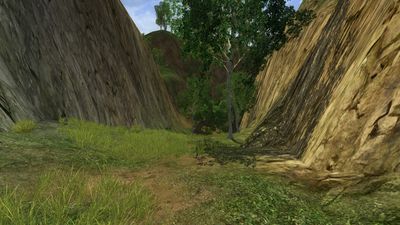 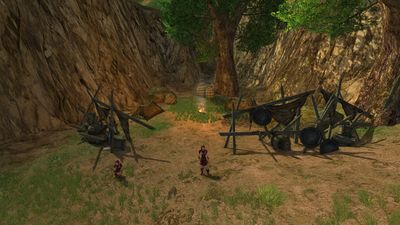