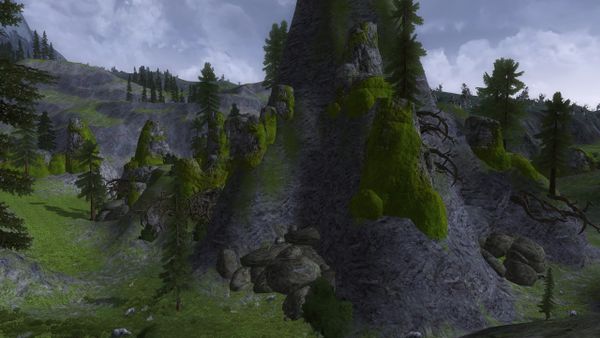 In eastern Tyrn Fornech, at the bottom of a deep depression is found a massive formation of huge boulders, mounds, and thick brambles. At its southern side a trail begins that winds itself all the way to the topmost bear den.

Here, in Nan Orngon, a very large population of wild bears have established themselves several dens. Travellers must use the utmost caution, as shown by the several corpses of those who met their end in the dens. 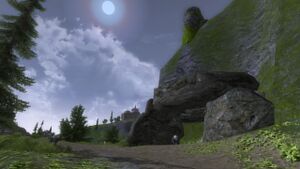 These deeds can be advanced by exploring Nan Orngon:

Nan Orngon is a great stone outcropping discovered by the original settlers of Evendim long ago. While its position overlooking the paths into the Fields of Fornost might have afforded it some importance, its steep sides proved impossible to build upon even for the skilled Dwarvish masons of the time and it was eventually abandoned to the wilds. — Deed