From Lotro-Wiki.com
(Redirected from Minas Ithil)
Jump to navigation Jump to search 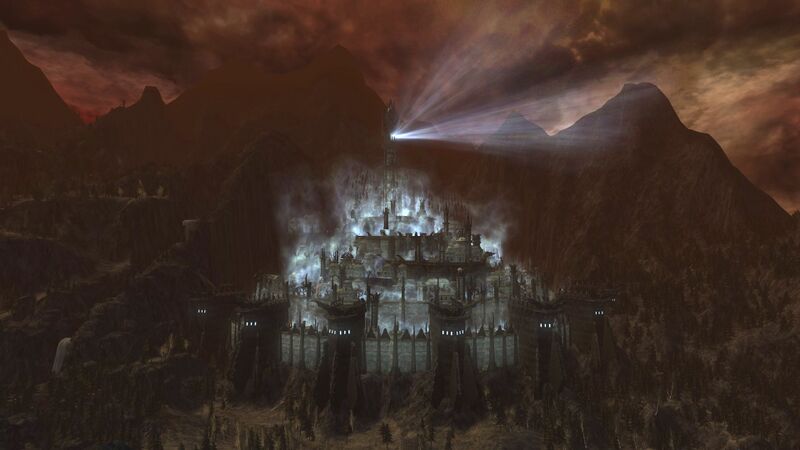 Minas Morgul (eng. Tower of the Dark Sorcery) is a great fortress founded by Isildur in the second age. Originally called Minas Ithil (Tower of the Moon), it was built on the slope of the mountain Achathras as a shield against Mordor. By the time Sauron rose again, the Nazgûl conquered Minas Ithil, turning it into Minas Morgul.

Locations found within the area of Minas Morgul are listed below.

Minas Morgul contains four control points, which the White Company capture by defeating the Minas Morgul forces at the location. A captured control point is repeatedly assaulted by Minas Morgul Forces, and will be recaptured unless players win the battle. Control of all four points activates the effect 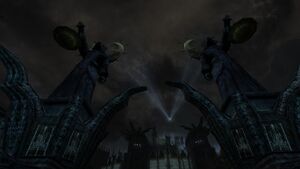 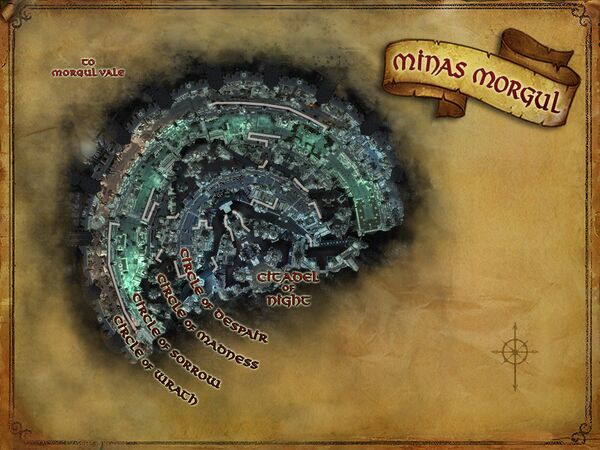 Minas Ithil was once a beautiful silver city where Isildur planted a sapling of the White Tree. In TA 2002, when the city finaly fell into the hands of Sauron, an ill green glow started to shine from its walls, and it became known as a place of horror and madness. The Palantír of Minas Ithil, the Ithil-stone that was placed in the tower was stolen and possibly taken to Barad-dûr for Sauron.

After the One Ring was destroyed, Elessar II. destroyed the whole fortress and there was never again any sign of life.

The city was built east of the Anduin just at the base of the Mountains of Shadow in Imlad Morgul, it controls path through the mountains into Mordor and tower of Cirith Ungol. In later years it became a home for the Nine and their captain, the Witch-king, from where he commands the forces of Mordor. In the War of the Ring, he sent great armies from there up to Osgiliath and then on to Minas Tirith.

Minas Morgul was mentioned as a future area in Letter from Executive Producer Rob Ciccolini - May 2018 and the Producer's Letter - February 2019 - A Look Ahead. It was made accessible on November 5, 2019, with the release of Minas Morgul expansion.