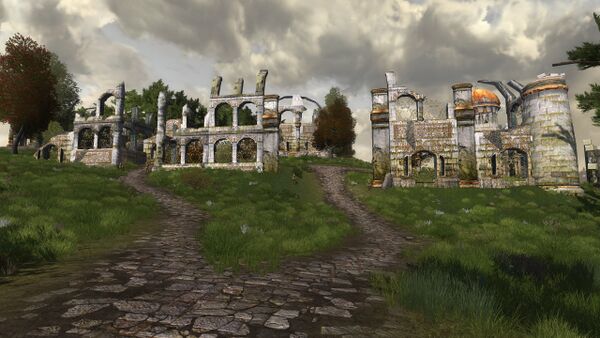 Made up of several ruined structures all surrounding a central plaza, it is inhabited by a handful of Elves. It sits nestled on an outcrop of rock on the border between Glâd Ereg and the Trollshaws, with a magnificent view over River Bruinen. Long ago, Gwingris, like many of the ruins dotting the region, was a part of a much larger realm of Elves. Today, these ruins serve as the staging camp for Rivendell's work to repel the White Hand. Recently, the Elves have been particularly interested in the Dunlendings that have set up camp just southeast as well as the ever growing presence of wood trolls corrupting the forest to the south. On top of all this, worms infest Pend Eregion to the east making it difficult for supplies to reach the Elves.

Likely the first outpost adventurers will encounter upon entering Eregion, Gwingris provides a decent assortment of services such as a Stable-master, Milestone, Mailbox, as well as a Supplier/Provisioner and a Healer. In addition to this, Gwingris is host to the Skirmish Camp of the region as well as a plethora of quests from the local Elves. 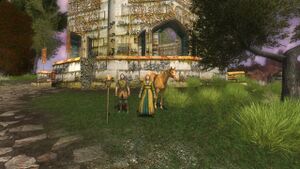 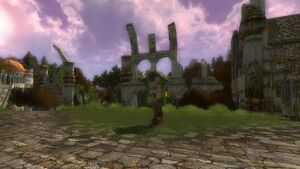 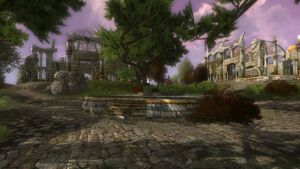 The central plaza and milestone

The following deeds can be advanced by exploring this location:

The sprawling ruins of Gwingris were once a part of the Elf-realm of Eregion, until Eregion was razed by Sauron. Now Gwingris acts as the staging camp for Rivendell's forays against the White Hand. — Deed text