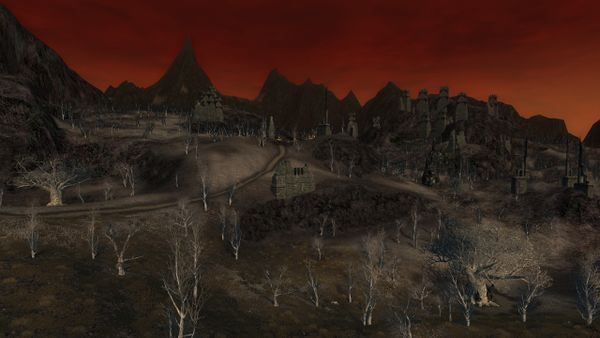 Fasach-larran is an area within Angmar in the south-western region.

North of Aughaire, the last free peoples' refuge for a while, lie these barren fields surrounded by mountain sides to the south and west. Only crawlers, hill-beasts and wargs are wandering the dreary plains and dead, tree groves, though drakes have also nested down in the rocky crags of Nád Nathair. Many orcs have set up camp in two large caves in the area as well, Bûrzum Pushdug and Morfil. The traitorous Trév Duvárdain have constructed a stronghold among crumbling ruins at Tór Gailvin, hosting a small militia of Angmarim men as well. If this was not enough, whispers tell of an old tomb that is host to nightmarish realm best avoided.

From Fasach-larran, one can head east along the road to reach the sulfuric swamp of Western Malenhad, home to an array of vile creatures. Heading north to Fasach-falroid, however, yields scenery similar to that which is found in Fasach-larran.

At the center of Fasach-larran lies Fail-á-Khro, where a number of Hill-men of the Trév Gállorg tribe have set up forward outpost to monitor and plan their efforts in reclaiming the land. They are the few who have not fallen under the sway of Angmar. At Fail-á-Khro is also the only service of this area found, a Camp Site Fire. Skirmishes that take place within this area are all handed out at Gath Forthnír. 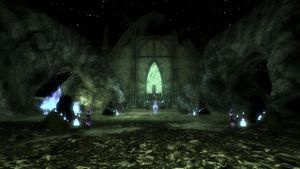 The Halls of Night

These landmarks are located within Fasach-larran: 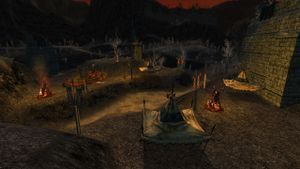 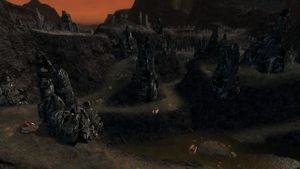 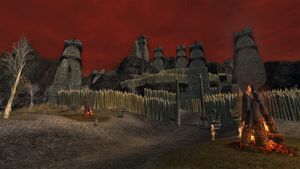 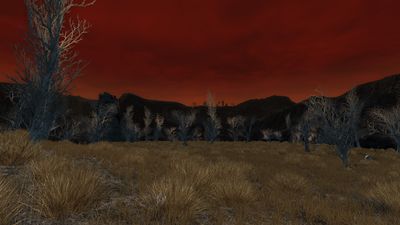 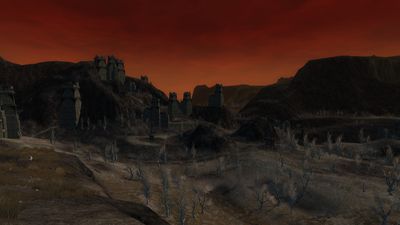 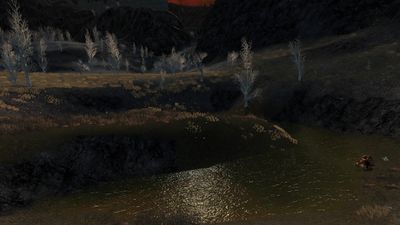 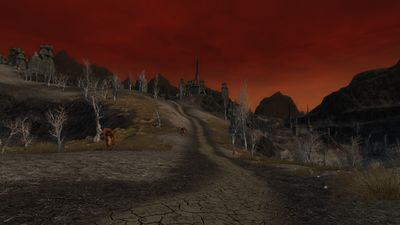 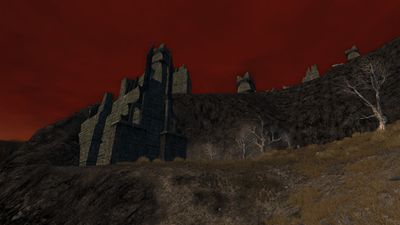 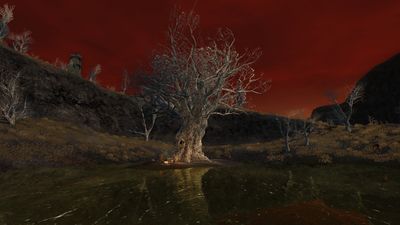 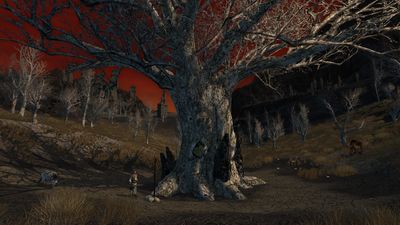