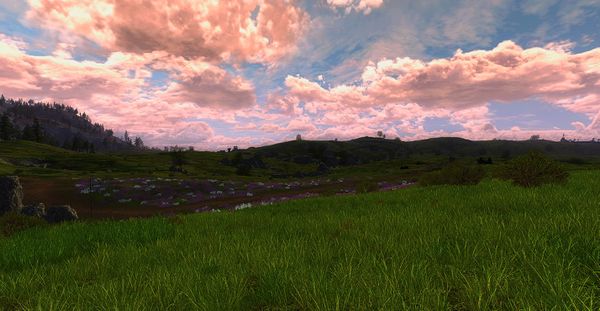 Eastern Rohan, also referred to as Eastemnet, contains the eastern plains of the kingdom of Rohan.

Originally the Gondorian province of Calenardhon, the land north of the White Mountains was gifted by Steward Cirion to Eorl of the Northmen in 2510 (Third Age). Eorl had led his men through great hardship from the far north to the aid of Gondor, and Cirion gave him the wide green lands of Calenardhon in recognition of his aid, swearing eternal friendship between old Gondor and the new land of Rohan.

Rohan's history was one of conflict and war; with the Orcs of the White Mountains to their south, the Dunlendings to the west, and ultimately with Saruman in Nan Curunír in the fortress of Isengard in the tower of Orthanc to the northwest .

Nonetheless, the line of the Kings of Rohan stretched from Eorl's time to the War of the Ring and beyond. The Kings sat in the Golden Hall of Meduseld in Edoras, built by Eorl's son Brego. At the time of Gondor's greatest need, they kept the Oath of Eorl, and rode to the aid of their ancient allies at the Battle of the Pelennor Fields.

There are six areas in the East Rohan Region. Many players skip Eaves of Fangorn even though the questline leads to it first before Sutcrofts. Some players simply go to the Garsfeld Mead Hall and continue working on reputation granting quests.

A note on Quest Sequencing.

Most of the quests in East Rohan are "sequenced." That is to say, you must complete certain other quests before you will be offered a particular quest.

Intermixed with the "normal quest lines" are those of the Epic Volume III. One is not required for the completion of the other.

The notable exception being the acquisition of one's War-steed, the North Wold Quests, also known as the Langhold Quest Arc. Both quest lines intersect and require these quests for completion.

Tasks are common to all Task Bulletin Boards in the East Rohan region. 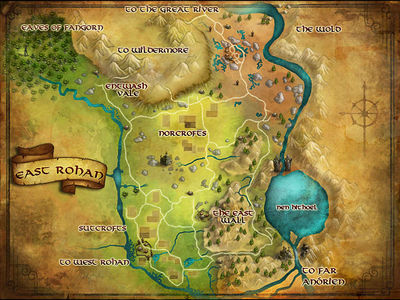 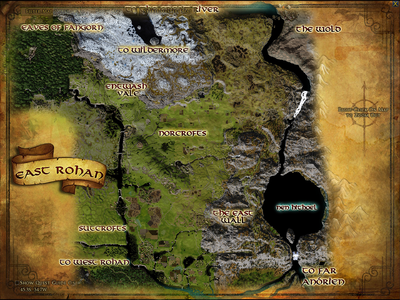 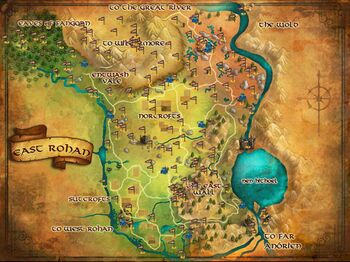