From Lotro-Wiki.com
(Redirected from Cape of Belfalas)
Jump to navigation Jump to search 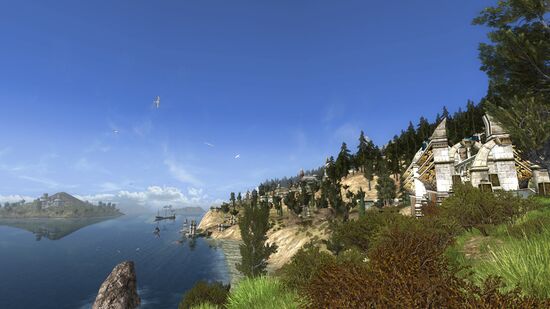 The Cape of Belfalas Homesteads is a Premium Housing area located within the region of Western Gondor. It was announced in the October 16, 2016 Dev Diary and released as part of Update 19.

'The Cape of Belfalas is under rule of Dol Amroth and it has been this way since I can remember. Not that I have been to the city in many a long year. Ha, that is how it goes sometimes, I reckon!'

This housing area has several one-time quests and a related Deed, to tour the area and get into the seaside state of mind.
They can be picked at the Lighthouse, Narvindon, and reward new Gondorian decorations.

Doing all the above quests completes a deed that also rewards a Gondorian house decoration.
The following deeds can be advanced by visiting this place:

Note: Upkeep is waived for VIPs.

A 10% discount on goods and services is supplied for local residents. Should you be a member of a Kinship with a Kinhouse in the neighbourhood, a 15% discount is available.

The Cape of Belfalas is the southernmost point of the Lord of the Rings Online. 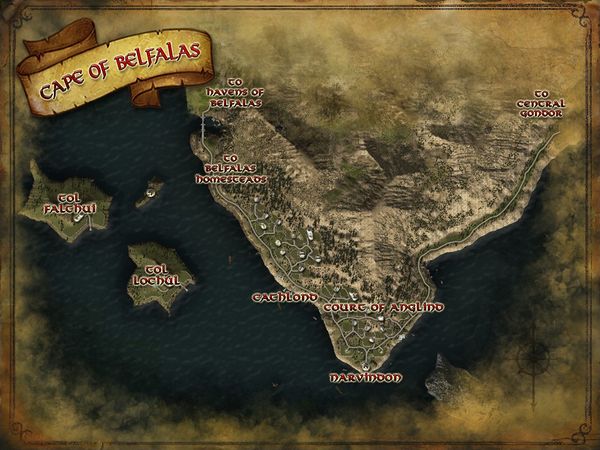 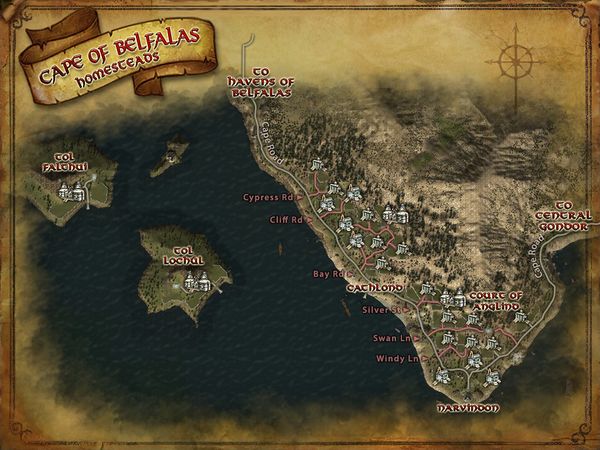