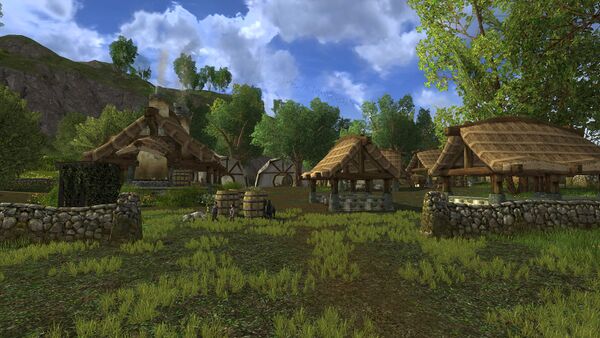 This sprawling and fertile mushroom farm is owned by Farmer Maggot, one of the most respected farmers in the Marish, throughout the Shire, yes, even as far as to Bree. Located in the boggy and damp area in the south-eastern corner of the Shire, Farmer Maggot and his family has developed a large and cosy farm. The only troubles used to be rascals of the neighbourhood pilfering mushrooms, but after Frodo's brief visit not too long ago brigands and criminals have caused more and more worries. 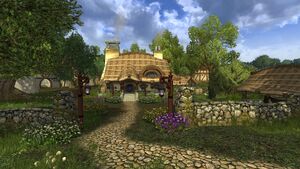 These deeds can be advanced by visiting Bamfurlong:

"Bamfurlong is the land owned by Farmer Maggot, one of the most respected farmers farmers in the Marish." — Deed text

A farm in the boggy region of the Marish in the eastern Shire. It was the home of Farmer Maggot, who (like the other hobbits in this inhospitable area) lived above ground rather than in a traditional hobbit-hole. Maggot's farm was well-known in the area for his mushrooms, which he protected fiercely against trespassers with his three fearsome dogs.

The name Bamfurlong is an old English one. Tolkien suggests that it comes originally from words meaning very roughly 'bean-field', though definite knowledge of its meaning is now lost. — lorebook

"Pippin stopped. 'I know these fields and this gate!' he said. 'This is Bamfurlong, old Farmer Maggot's land. That's his farm away there in the trees.'

"They went into the farmer's kitchen, and sat by the wide fire-place. Mrs. Maggot brought out beer in a huge jug, and filled four large mugs. It was a good brew, and Pippin found himself more than compensated for missing the Golden Perch." — The Fellowship and the Ring, by Tolkien 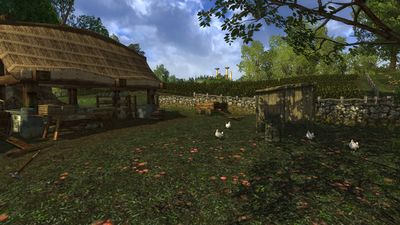 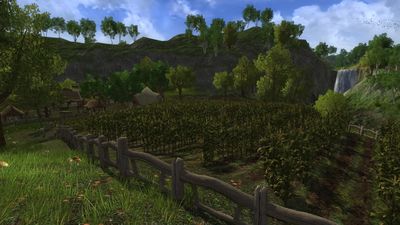 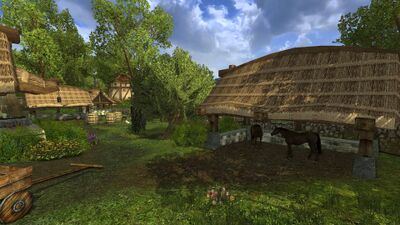 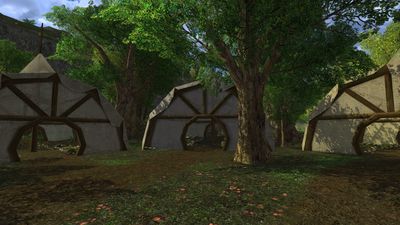