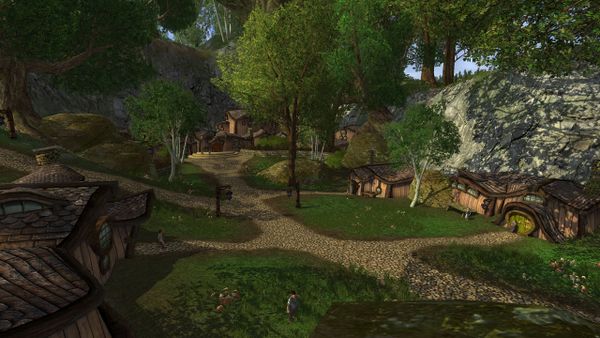 Woodhall is a settlement located within the area of Green Hill Country in The Shire. [33.3S, 65.7W]

A small and unimportant but very idyllic village lies almost hidden in a depression in the hills, sheltered from the surrounding woods, in the Eastfarthing of the Shire, just south of the Stock Road in the north-eastern corner of the Woody End. It is said that Elves can sometimes be seen travelling through Woody End near Woodhall in the spring and autumn, probably heading for the Abandoned Elf-camp which is located just up-hills, but out of sight for the locals.

While the local hobbits are very friendly, if somewhat nosey, Woodhall does not have very much to offer in terms of services but a grocer may provide a traveller with the means for a third breakfast. 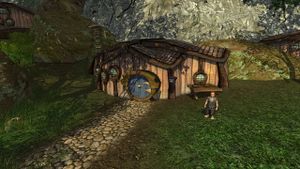 "The sun had gone down red behind the hills at their backs, and evening was coming on before they came back to the road at the end of the long level over which it had run straight for miles. At that point it bent left and went down into the Lowlands of the Yale, making for Stock; but a lane branched right, winding through a wood of ancient oak-trees on its way to Woodhall." — The Fellowship of the Ring, by Tolkien 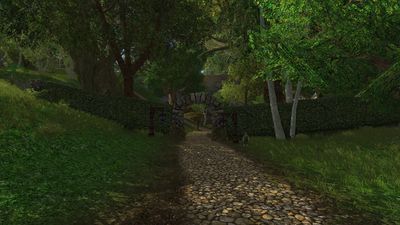 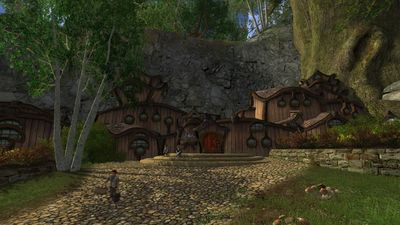 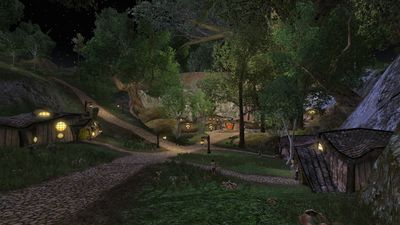 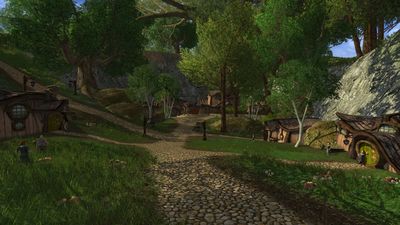