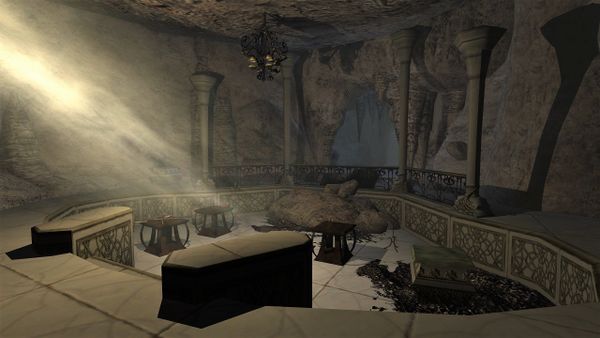 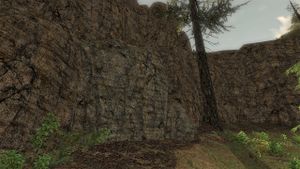 The Exterior of Vault of Celebrían's Legacy

In the east of High Moor, south of the gorge leading to Rivendell, is the hidden entrance to this vault. The location of this place has long since been lost, but should it be found the vault may be opened by reciting a poem given by Celebrían, wife of Elrond and mother of Arwen, Elladan, and Elrohir. It is said the vault houses an item left by Celebrían as legacy for Arwen.

Having a certain quest opens this vault, and then it remains open for the character ever after. 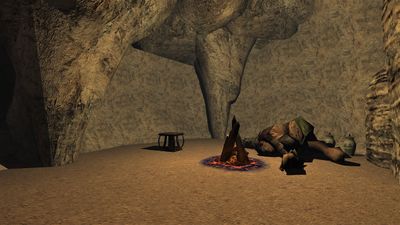