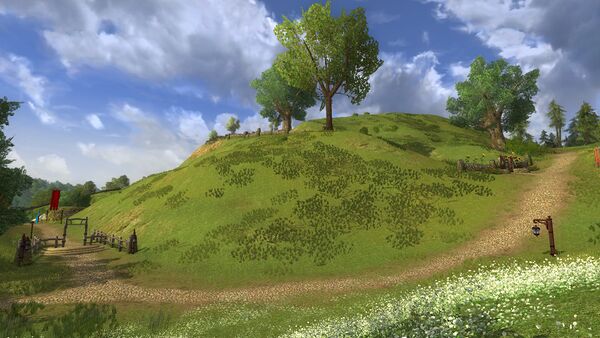 The Hill is an area within the centre of the Shire.

The local name is simply "the Hill", standing to the north of Hobbiton. Here lies the familiar Bag End that was tunnelled into this hill by Bungo Baggins, father of Bilbo. Just below Bag End, in the slope of the Hill, stands the Party Tree, and at the crook of the hill lies the equally renowned street named "Bagshot Row", original home of Samwise Gamgee.

From north-west to east the Hill borders to the less hobbit-friendly areas of Rushock Bog and Bindbole Wood, areas where any traveller should be cautious. To the south and east lies the friendly Hobbiton-Bywater.

However, the Hill is most famous for all the events held at the Party Tree. Hobbits are most fond throwing parties and events, celebrating almost anything imaginable to treat themselves with even more beer, food, and pie than the standard six square meals a day afford them with. 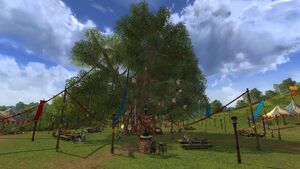 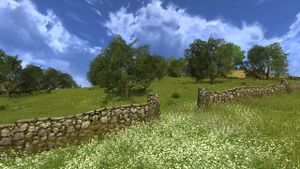 "This hobbit was a very well-to-do hobbit, and his name was Baggins. The Bagginses had lived in the neighbourhood of The Hill for time out of mind, and people considered them very respectable, not only because most of them were rich, but also because they never had any adventures or did anything unexpected." — The Hobbit
(Yeah, and we all know how long that "unexpected" would last!)